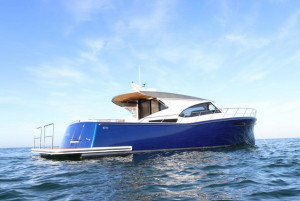 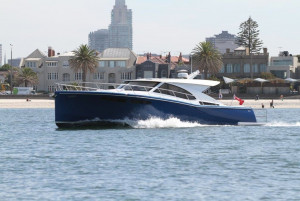 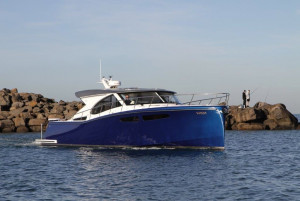 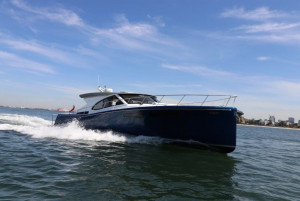 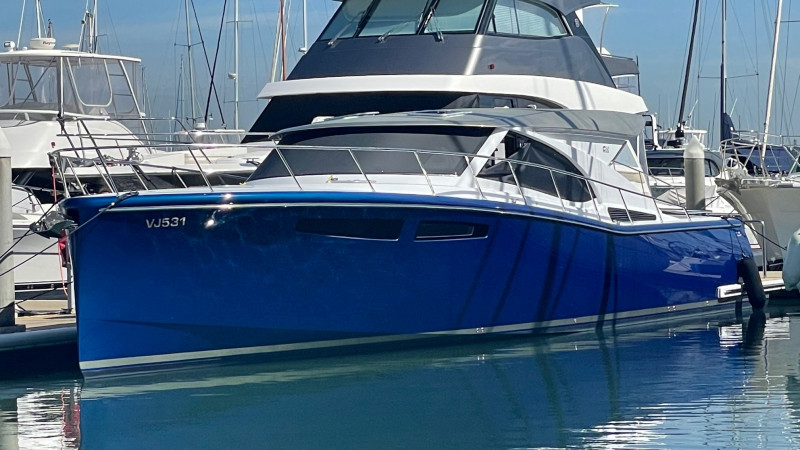 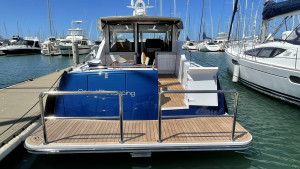 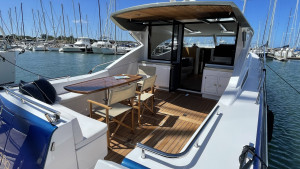 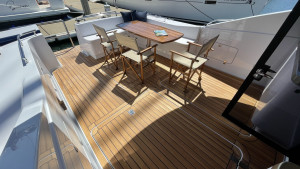 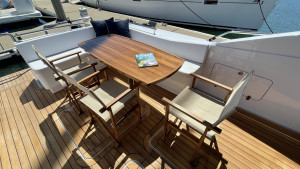 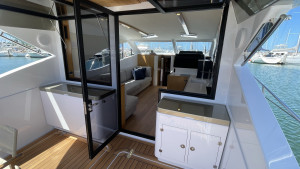 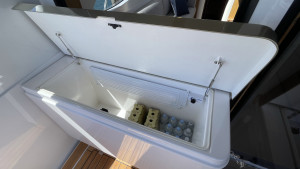 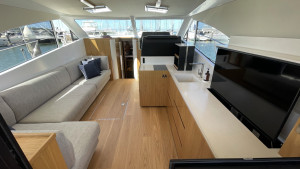 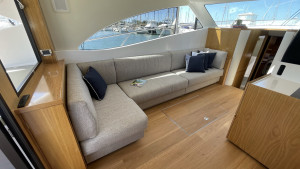 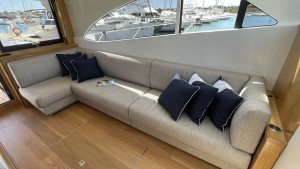 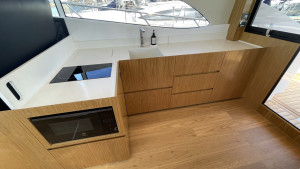 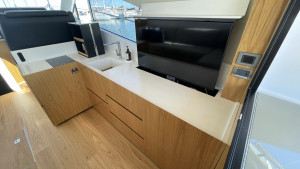 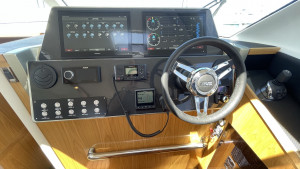 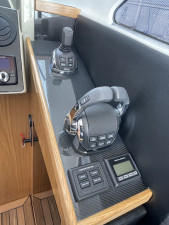 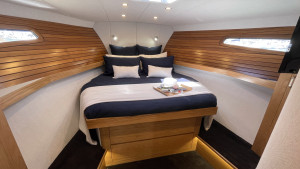 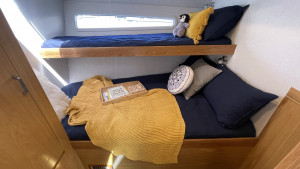 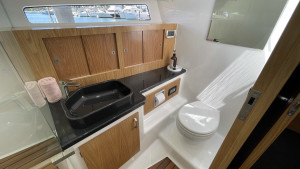 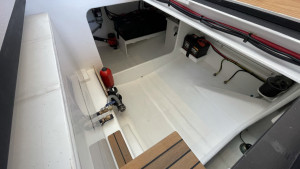 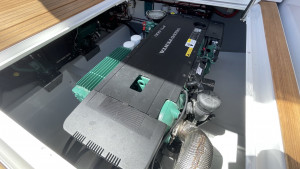 Hull #1 SOLD! Hull #2 now in construction - contact us for a custom build quote.

The Cape 50 has been conceived, designed and built in Australia to meet real boating conditions by Steve Campbell’s Composites Constructions. Campbell is a 30-year master Shipwright, and dedicated ocean racer who has worked and sailed at the highest level, the America’s Cup. His first was 1995 with Peter Gilmour’s Nippon Challenge, and then 2000 with Paul Cayard’s AmericaOne.

You could say that the writing was on the wall early for Campbell, when as an Apprentice back in 1987, the Davidson ¾Tonner named Illusion that he had worked on won (Tattersall’s Cup) the 1988 Sydney to Hobart race. Other great vessels of the era like Joint Venture and the late Lou Abrahams’ Ultimate Challenge followed. He was at Hart Marine when that company built some of Australia’s most famous racers, including Wild Thing.

It was after AmericaOne that Campbell started his own company working in the automotive, defence and marine sectors. Since 2009 Composites Constructions have built over 40 hulls of the Velocity V6 and V7 racing ski boats that travel at over 100mph. This is one of the most gruelling sectors of marine sports and none of the hulls have cracked, or had warranty issues.

On the sailing side of the ledger, Composites Constructions have delivered the Corby 49, Flirt, and then the Reichel/Pugh 52, Scarlet Runner. The latter would do a lap of the globe and compete in many of the great races, including Cape2Rio, and did not break a thing on the way. At the time, Campbell reflected that this may well be the highlight of his career.

The Cape 50 is the next highlight for Composites Constructions. Nearly six years ago Campbell began toying with idea of creating his own motor yacht for his now growing family to enjoy. In 2008 he put pen to paper and commissioned one of Australia’s leading Naval Architects to create her running surface and engineering.

They began work on the direct female mould in January of 2019, and in August of that year the first hull came out and it was married to the deck in October. The all carbon fibre cabin top was added in November and by December they had a full structure.

The same fabric and foam is used throughout her structural bulkheads, although they are 20mm thick. The stringers and engine mounts deploy a high-density foam sandwich in the creation of this E-Glass gem.

So yes, the Cape50 is very much all-composite, with her carbon-fibre dashboard signalling her heritage. The coachhouse roof and all of the structural window mouldings are also carbon-fibre to make use of this material’s incredible strength and rigidity, whilst keeping weight aloft to a minimum, and the centre of gravity down near the waterline where her Volvo Penta IPS engines and drives reside.

It all adds together to make a light yet super strong structure capable of handling the worst that you’ll want to take on around the coast. A leading Australian Naval Architect penned her running surface, whilst Campbell and designer, Angelo Finocchiaro, created her distinct step, chines, and flare that provide for her sea keeping qualities.

The Cape 50’s real flair comes in the way it is all combined, along with a 12,500kg lightship displacement, which affords brisk, mid-30 knot performance (WOT), and exceptional fuel efficiency. She will be christened this November, with sea trials and tests commencing thereafter.

Check out the boat test and video review on the Cape 50 in the February 2021 edition of the Club Marine Magazine.

For more information, please contact Rohan Veal on 0414 538 959 or fill in our online enquiry form.