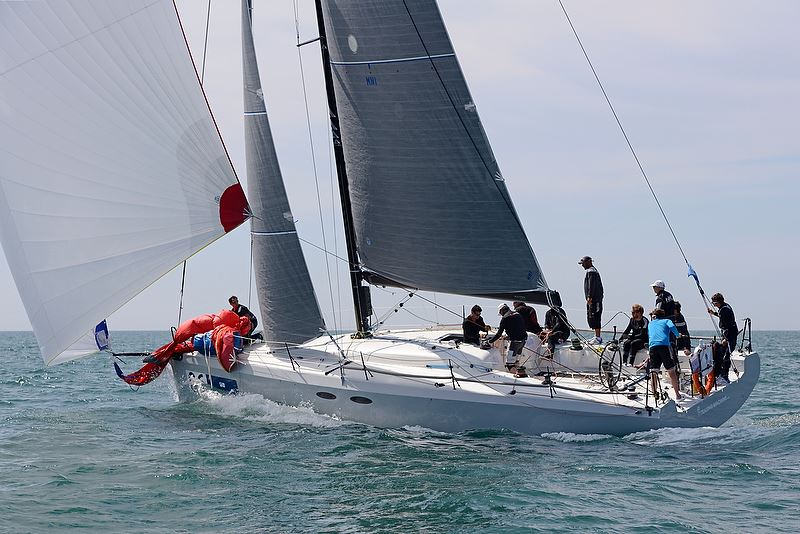 The new Archambault A13 is heading our way for an assault on the Hobart, while hull number #1 of these 43-foot IRC racers has already claimed some notable European scalps in the 2014 Commodore’s Cup, including a trio of carbon Ker 40s.

The relatively small number of Archambaults in Australia have had some big wins over the years which says a lot for this small boutique French yard that excels at building competitive cruiser-racers, with the emphasis heavily on the performance side of that equation. So we can expect more of the same from the new A13 but with a Gallic twist – designers Joubert-Nivelt have penned four versions. 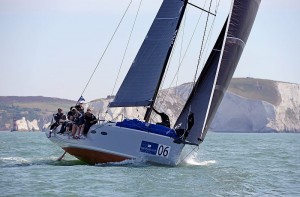 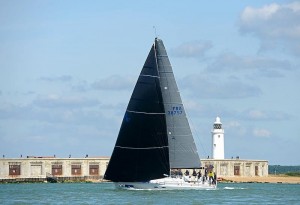 The A13 Cruiser, A13 IRC comfort racer, A13 IRC racer and the stripped-down A13 Racer – so pick your weapon and expect a favourable IRC TCC, as Archambault usually know how to work the numbers. Australian distributor, Rohan Veal tells me the already competitive TCC of 1.174 for hull #1 Teasing Machine has room to come down even more.
Veal at 38 South Boat Sales took over the brand in 2013 and is working closely with the French owner Thomas Duhen who has recently taken ownership of the business from the Archambault family.

A multiple owner and top racer of the marque, Duhen has overseen reinvestment that has produced the much faster A35R with an IRC rating of 1.042, helping it to dominate the French race circuit.

“The A35R has virtually been unbeaten in France which is amazing given the new competitors in this area including the Jeanneau Sun Fast 3600,” says Veal.

The versatile A13 offers a wide choice of sailing but the 43-foot length is in the sweetspot that gives owners’ competitive racing under IRC using an asymmetrical spinnaker, but without the big crew responsibilities or costs of say a TP52 campaign. The A13 has a modern IRC optimised shape with a flared transom, large cockpit and rounded hull with large bowsprit. The open cockpit is available with tiller for inshore racing or double wheels for offshore racing. 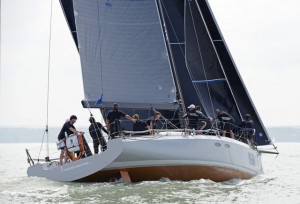 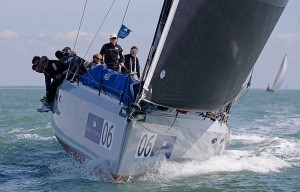 The gunwhales have additional chine for comfy hiking, but the deck is also very clean and flush in front of the mast for uncluttered spinnaker work and jib hoists. The standard rig is high modulus Axxon carbon with both masthead spinnaker types used while the jib cars are transverse.

Interiors match the model version so vary from fully furnished with stove/oven to Spartan. The cruising version has three cabins, longitudinal galley and light wood finishes with plenty of rounded edges to maximise comfort while the toilet is forward. Twin navigation seats means the navigator can not only be comfortable on either tack but their weight highly effective plus six crew can sleep to windward.

Construction is epoxy with foam core and the deck is bonded to the hull for rigidity. The design office have tested several keel configurations with a bulb-less high aspect 2.60m fin found to be much more beneficial in most conditions. The option list includes a lifting keel, maximised carbon deck for rigidity and weight saving; plus a twin rudder option as well.

The first A13 to splash, the France based Teasing Machine, was built to her owner’s requirements and incorporated several features that differed from the standard build says designer Bernard Nivelt. These included different winch layout, carbon deck, twin wheels and twin rudders. 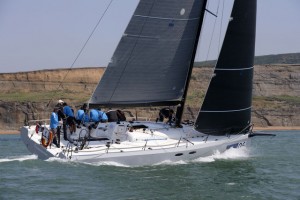 Due to the crew’s Volvo Ocean Racing background, they had strong views on deck layouts and so it was with Teasing Machine which sports an aft pedestal winch which added 100kg to the deck, offsetting the 75kg weight saving of the carbon deck, so Bernard Nivelt doesn’t recommend it.

“It’s not working very well at the moment: There is too much friction with the spinnaker halyard getting out of the mast under the roof and going back to the primary winch through a complex path.” In addition it puts too much weight aft in lights airs. “The pedestal would be better positioned forward of the wheels or alternatively have electric winches fitted.”

The carbon deck does add longitudinal stiffness of course and making the entire hull from carbon will reduce weight, however Nivelt’s analysis found that the increase in rating in this size will not make it as worthwhile. Twin rudders are another controversial issue, as on this size/shape of hull are likely to create more drag than a single deep spade rudder, especially in light airs.

Drag can also be an issue with bulbed keels and the complex ratios of righting moment, weight and sail area. The A13 is designed for form stability, rather than weight stability so a fin keel is appropriate rather than a bulb which would require a narrower hull shape which have good speed potential but to realise their potential requires a top helmsmen and sails constantly trimmed to perfection, says Nivelt.

“Form stability boats are more forgiving, as they have fuller sails and are easier to drive and for the same draft the keel generates more lift (you gain all the height of a bulb),” explains Nivelt. 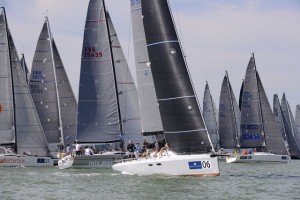 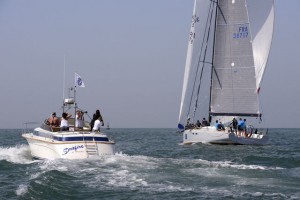 On IRC boats accommodation can be another area of contention, warns Nivelt, and on Teasing Machine there was none initially, but it has just been fitted with a saloon table, chart table and a fridge to hopefully bring its rating under 1.170.

It has been highly recommended by Archambault to fit the A13 with the IRC racer pack and the standard sail plan, as it could add as much as 15 points and gain very little speed wise otherwise. This would make the A13 rate between 20 to 50 points below other modern IRC boats of similar speed such as the Ker 40 and HH42 and was only reinforced at the Commodore’s Cup where the brand new and unoptimised Teasing Machine finished within 15 minutes of the top Ker 40s after nearly 13 hours of light-moderate air racing in the long distance offshore race.