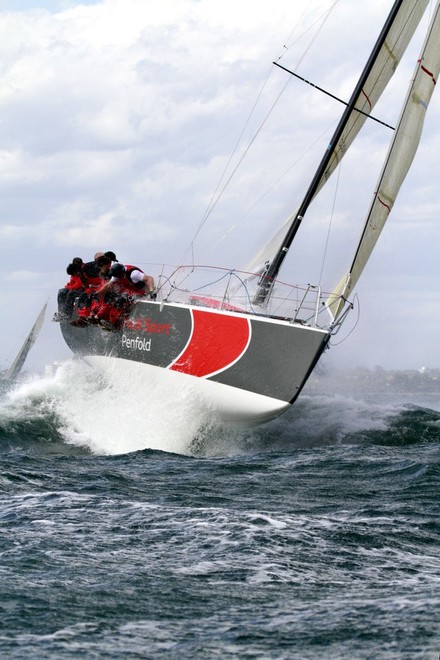 Well-known Victorian sailor David Ellis won the Victorian IRC Championships in Division 3 on the weekend, claiming wins in six of eight races to finish first on eight points with his Archambault A31 ‘Audi Penfold Sport’.

“You have to take the good with the bad, and one of the things about racing here is that you’re never out of it until you cross the finish line. You just have to stay optimistic, keep your eyes out of the boat and find the breeze,” Ellis said.

38 South Boat Sales director and Archambault Australian Agent Rohan Veal was also on board as mainsheet trimmer and strategist, along with two International 470 sailors from Hobart.

“We made some big gains with the masthead Code Zero in the passage race to the point where we were doing 6 knots of boat speed in 7 knots of wind and consequently were in front of some of the best 45′ race yachts in the country,” Veal said.

Audi Penfolds Sport is currently for sale with 38 South Boat Sales at an asking price of $195,000. Contact us for more information.