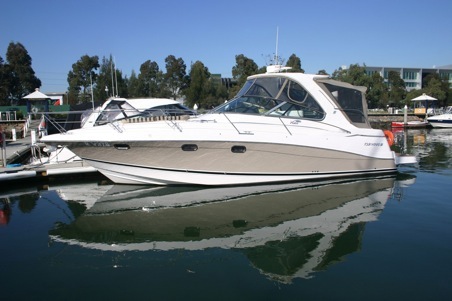 Bénéteau Group closed on a deal Monday to purchase the Rec Boat Holdings family of brands including Four Winns, Glastron, Wellcraft and Scarab.

“This acquisition is in line with the Group’s development strategy for the North American motorboat market. After launching sales of motorboats over 12 meters in 2010, the Group is embarking on the second phase of its project, with motorboats under 12 meters, which requires an industrial investment in America,” the company said in a statement.

Rec Boat Holdings, based in Cadillac, Michigan, has revenues of about $150 million employs 475 people and has a network of more than 200 dealers, Bénéteau said.

Rec Boat Holdings was formed by Platinum Equity in 2010 after it purchased the brands out of the Genmar Holdings bankruptcy. Platinum Equity retains ownership of Flippin, Arkansas-based Fishing Boat Holdings, maker of the Ranger, Triton and Stratos boat brands that were also acquired at that time.

“RBH has come a long way in the last four years thanks to a lot of hard work, a strong management team, great support from the dealer network and the dedication of so many committed employees,” said Platinum Equity Partner Louis Samson in a statement. “With the turnaround complete and the business on sound operational footing, the time is right for a transition to new ownership. Bénéteau Group is a world leader in boat manufacturing and is a perfect strategic fit for the Four Winns, Glastron, Wellcraft and Scarab brands. We are putting the business in good hands going forward.”

Since 2010, the company has been lead by Roch Lambert, Boating Industry’s 2013 Mover & Shaker of the Year. So far, there has been no indication of any changes to the management team.

“Platinum Equity provided the commitment and the resources we needed to revive the business,” Lambert said. “We have made remarkable progress on each of the core components of our turnaround: improved manufacturing efficiency, world class products and a powerful distribution network. We have delivered on that strategy by constantly improving our processes and inspiring our people to be successful. The team in Cadillac is excited to join such a prestigious boat company as Bénéteau Group and we look forward to the opportunities ahead.”

For Bénéteau, this represents its first entry into the small powerboat market. Bénéteau Group also owns the Bénéteau, Jeanneau, Lagoon, Prestige and Monte Carlo brands, as well as a European homebuilding division. In 2012-13, sailboats accounted for 41 percent of the group’s revenue, motorboats accounted for 36 percent and housing was responsible for 23 percent, according to the company.

Most dealers Boating Industry talked to learned of the purchase only when contacted by our staff. They expressed concern that they had not been notified of the sale, as well worry over the future of the oft-sold brands.

“Obviously, it makes it tough with the fact that they keep changing ownership every couple of years,” said Roy Finney Jr., vice president of The Boat Shop, a Four Winns dealer in Tafton, Pennsylvania. “Makes you wonder where’s it going to go, what’s it going to do for the brand?”

Still, Finney said he is pleased that the brands are being bought by a company that is well known in the industry.

“Having an owner with both the knowledge and resources of such a company can be a wonderful thing as it can open doors that were otherwise not possible,” he said.  “I’m sure management there went into this with a very well thought out plan and know where they want to take these companies moving forward, which could be exactly what is needed and will hopefully bring some continuity to the brands ownership and identity moving forward. So with that in mind I look forward to hearing what they have in store.”

Rob Brown, owner of Clark Marine, a Glastron dealer in Manchester, Maine, said he has seen “a lot of transition” with the brand and hopes the company maintains product quality.

“As long as they continue to build boats and build them to the level and quality they build them, I’m happy with that,” Brown said. “I hope they stay the course. As a dealer, I think that’s all we can hope for.”