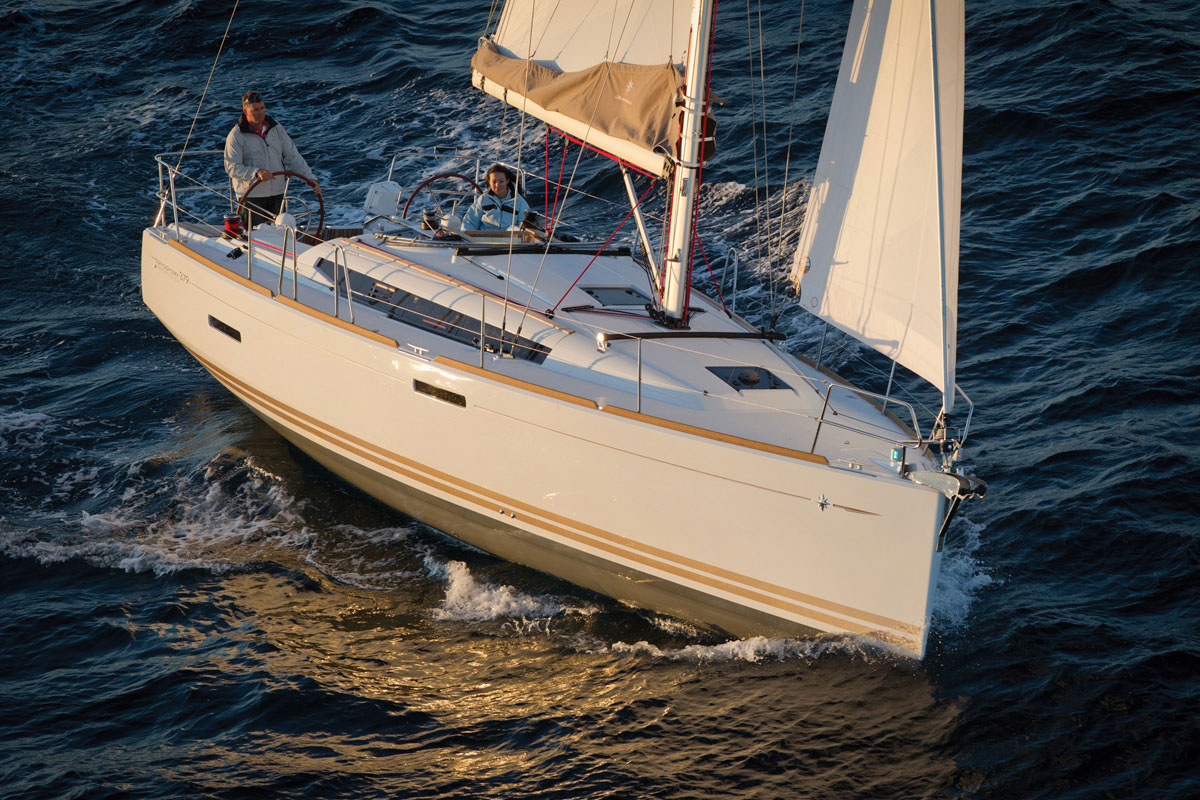 This midsize offering from Jeanneau has a modern look and is ready for sea.

“I got excited about this boat on the dock, and I stayed excited once on the water and under sail.” -Alvah Simon
The latest fashion trend in the marine industry is the hard chine. Although touted as ultra-modern, this idea is not new at all, but rather an old one revived. Traditionally, hard chines were found on steel and plywood vessels because those materials, unlike fiberglass, are difficult to shape into compound curves. But it has been inadvertently discovered that hard chines possess additional advantages. The angular shape of the chines running the length of the hull acts as longitudinal stiffeners. The flat under-surface of the chine enhances form stability and the sharpness of the chine’s submerged edge increases the lateral resistance of the hull. Perhaps of more importance to the modern, volume-driven designer is that the chine adds a few inches to the interior right where it’s most needed, at berth level aft. 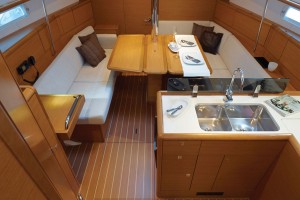 I must confess that I’ve owned two hard chine boats and have never found them to be as aesthetically displeasing as many. In fact, I find the signature look of the new Jeanneau 379 quite attractive. But aesthetics aside, designer Marc Lombard has created a performance cruiser that’s impressive on many levels.

For the complete review…