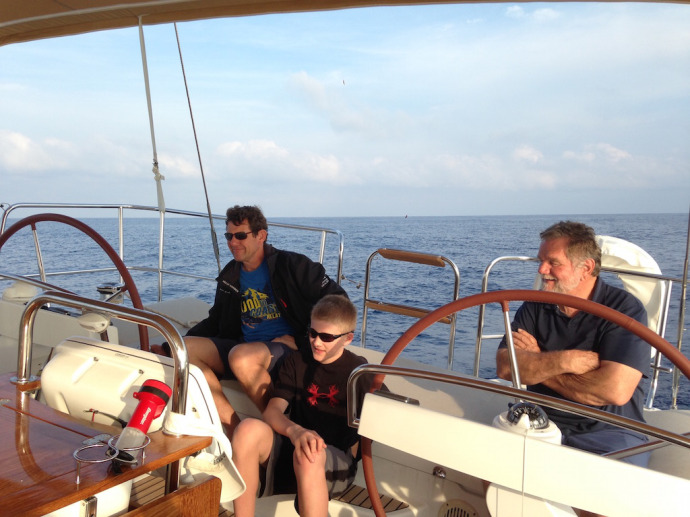 In case you haven’t noticed, I’ve been going wicked fast on foiling boats lately. Like ridiculously,smile-inducing, and, at times, butt-clenchingly fast. But this is all a pretty new thing. I’m much more experienced doing offshore passages that average in the not-so-wickedly-fast, 5- to 8-knot range. In fact, just before I flew at 31.9 knots on the G4 in St Martin, I helped my pal Paul Fenn sail a stately, and oh-so-comfortable Jeanneau 57 up from Miami to Hilton Head. We only hit double-digit speeds when we slipped into the Gulf Stream, but speed wasn’t the prime objective on this trip—though we were all pretty psyched to be doing 11 knots in the Stream. 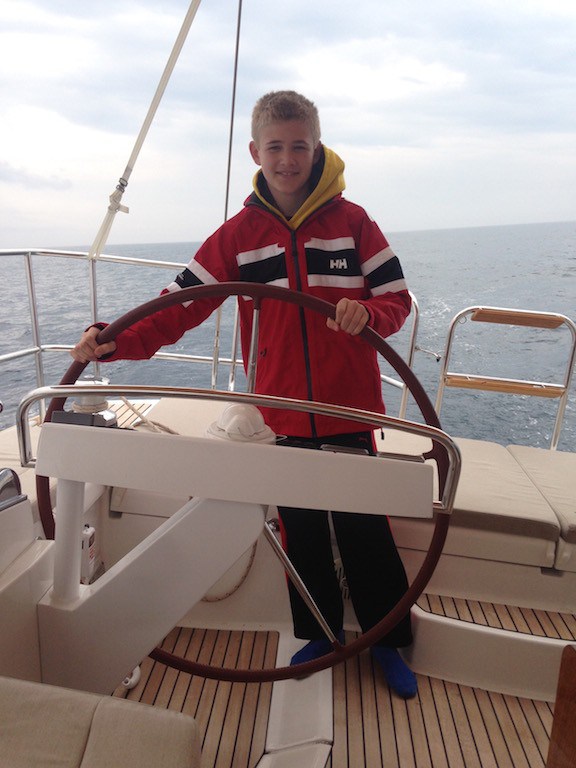 However, our passage north was pretty special in other, rather unexpected ways. I’ve joined lots of offshore crews over the years. And there’ve been lots of times when the first time I’ve met people has been in the cockpit of boats that are just about to head over the horizon for the next 7-10 days. It’s always interesting, but nothing compares with sailing offshore with a 12-going-on-13-year-old boy.

Will Fenn is Paul’s son. He hit the jackpot that allowed him to miss some school so he could join us on the trip north but, at first, he really didn’t know what he was getting himself into (apart from missing school). He was bored. He watched all his movies. And he was a 12-going-on-13-year-old boy who was trapped on a slow boat with a couple of old guys (me and our other crew member Greg Pittrizzi) and his Dad. Definitely NOT cool. 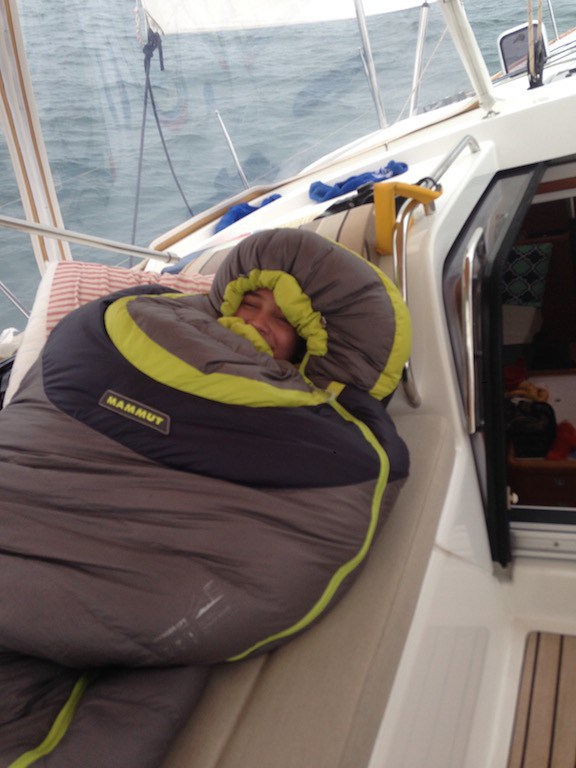 But then something happened. Not really sure how, maybe it was the gentle ribbing we gave him about being bored and hanging out with a bunch of boring old guys, but Will looked up from his iPad and started to realize how great it was to be sailing in the Gulf Stream on a weekday with “the boys.” He stopped being a passenger, and talking about being bored, and being away from WiFi, and being away from his “adoring” fans on Instagram—and started to become a sailor. He even stopped being a kid (sort of) and instead became an equal member of the crew (sort of) who was responsible for sailing this big comfortable yacht from Miami to Hilton Head as spring approached.

Will is a much more worldly kid since his little trip north with us. And as you can see in this video, he knows a little more about the physics of sailing, but I think I made out the best from the deal. The opportunity to help turn a soon-to-be-teenage-kid on to the wonders of sailing, and boats, and adventure, and sailing-out-of-WiFi-range warmed my heart. Sailing is cool, and exciting, and can even be relaxing, and satisfying. But sharing those experiences that only sharing a cockpit, and seeing the stars, and dealing with stuff as it comes up with others (especially kids and the people we love) is what makes sailing and boats so special.

And sailing with Paul’s son was a great preview of what’s waiting for me and our little one. Sam is just turning 3, but he’s already been sailing with Mom and Dad quite a bit. 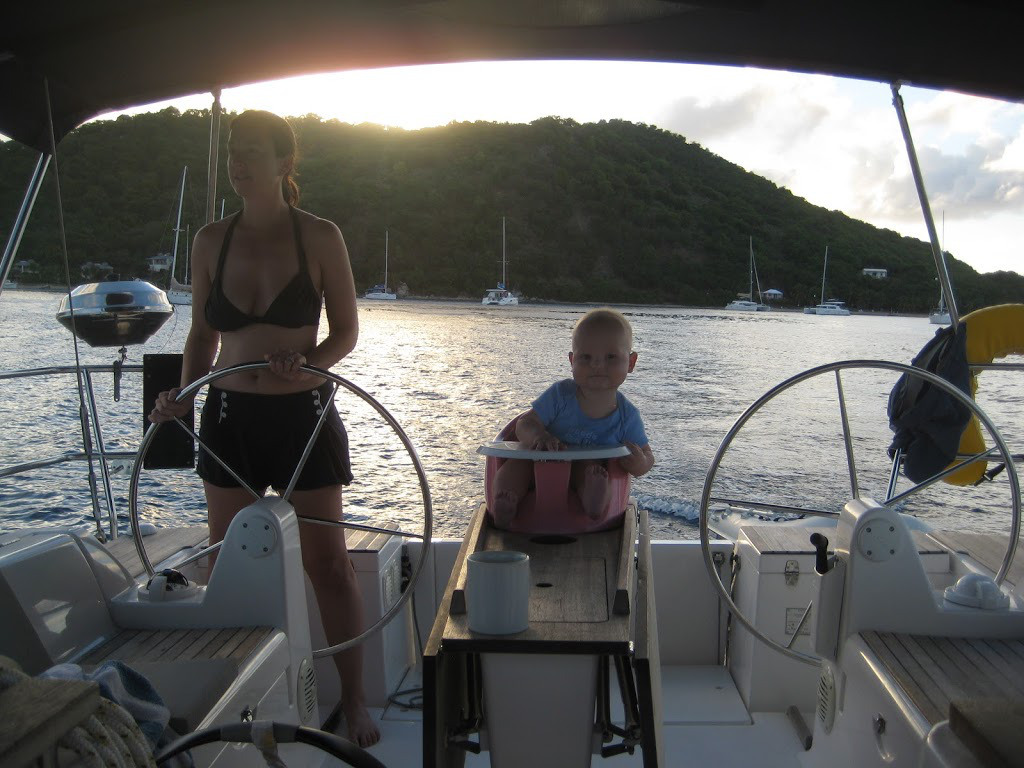 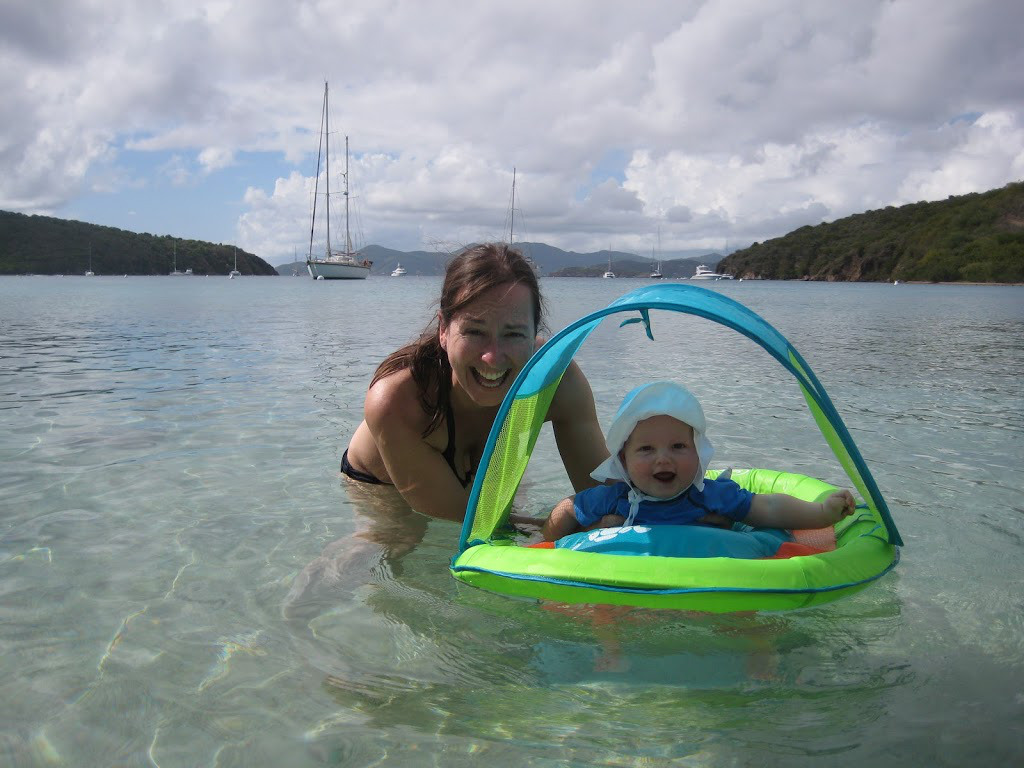 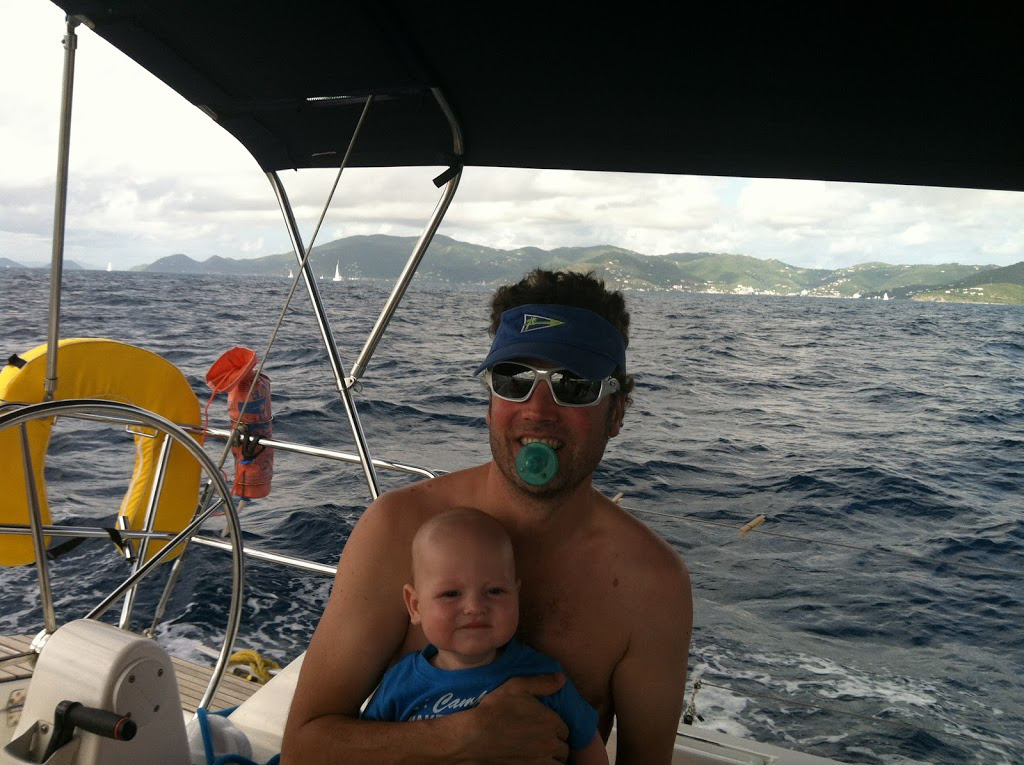 The only question is: Will he even want to be seen with us when he’s a teenager?

I guess there’s only one way to find out.