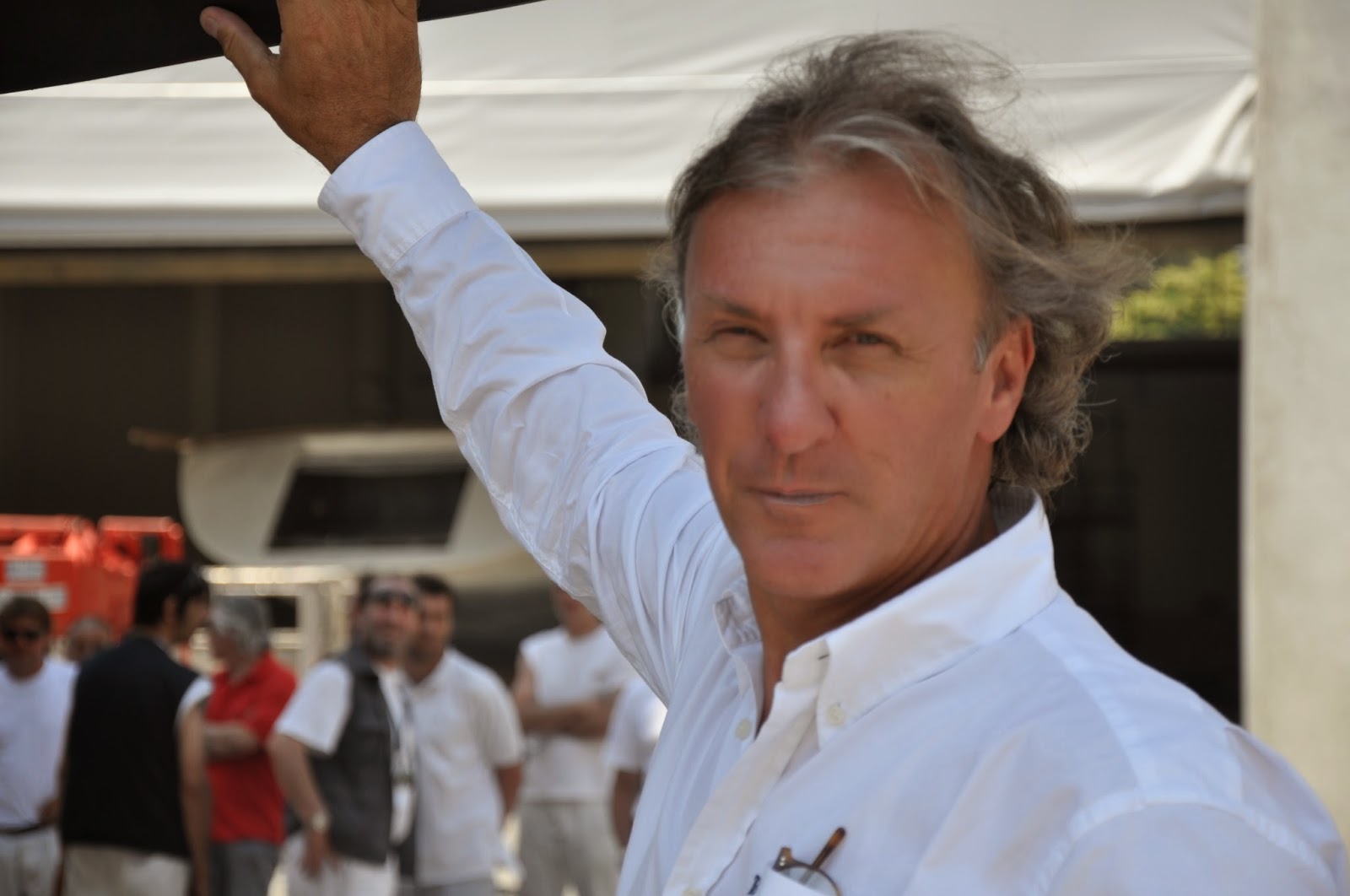 Philippe Briand was born into a sailing family. His father
was an Olympic sailor and Philippe was 9 when he started racing dinghies in La
Rochelle, France. He designed his first sailboat at 16, he was sailing on his own
designs by the age of 22, and he grew into a skilled and talented helmsman who won several World Championships during the 1980’s.

His success as a sailor made it possible for him to race aboard boats he’d
designed in the America’s Cup. He went on to design a total of eight
America’s Cup yachts from 1986 to 2000, including French Kiss and Ville de
Paris. 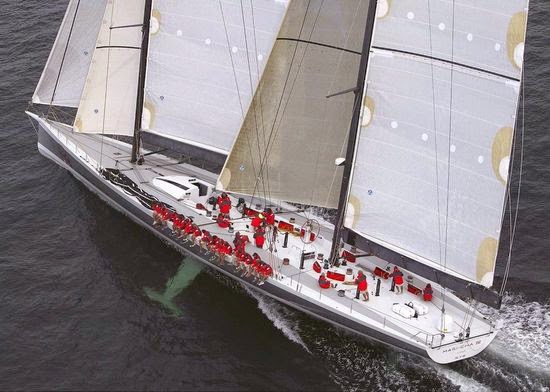 In 2003, Briand’s Mari-Cha IV (pictured above) held the “fastest monohull in the world record” after the boat crossed the
Atlantic in 6 days, 17 hours, 52 minutes. Mari-Cha IV is an iconic design and has become an industry acknowledged benchmark for other super
yachts. 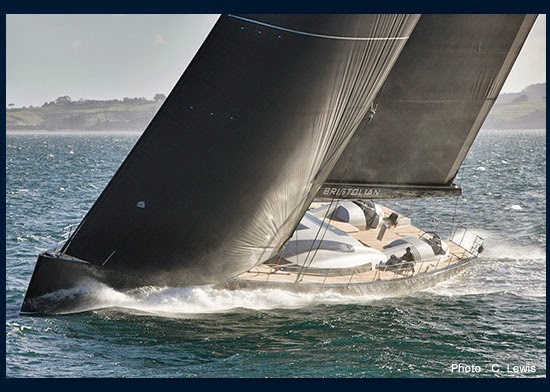 Briand and his team have actually designed more than 25 super yachts (like Mari-Cha IVand Bristolian pictured above) that range in size from 100 to 252 feet long. 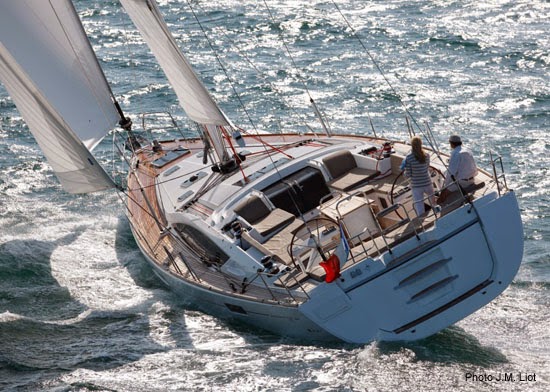 But the cool thing is that Briand has not only designed some
of the most iconic super yachts to be built in the last 25 years, he’s also
been designing production sailboats for Jeanneau since 1978. 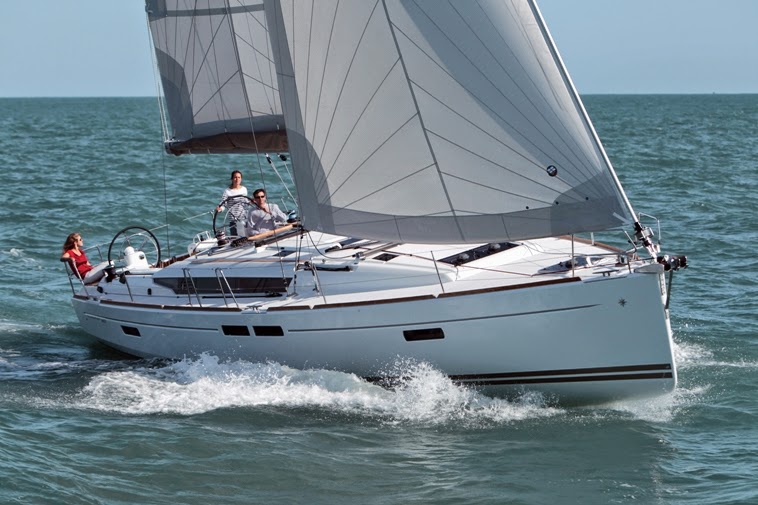 You can see his style in nearly every new Jeanneau model that’s available today. But nothing makes more of a
statement, or is a more logical progression for both Briand and Jeanneau, than
the new, Briand-designed 64 (pictured below) that’s just about to be launched over in France. 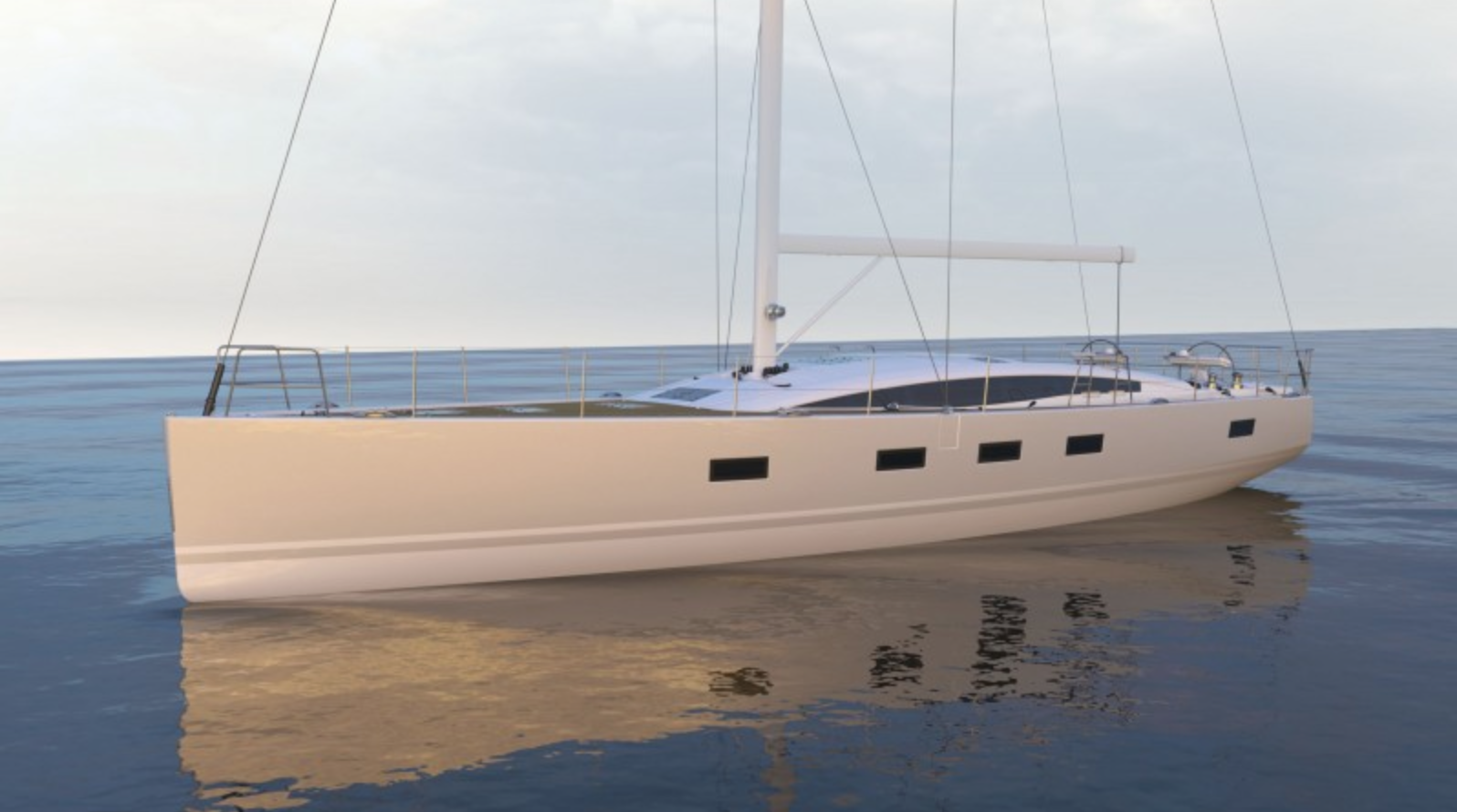 And while I saw the boat being built, and have written the
story that’ll appear in a future issue of SAIL Magazine, Philippe had more to
say about building the 64 than there was room for in the story, so I’m pleased share
the rest of my interview with him here.

On how the Jeanneau 64
design evolved over time
“We started the design in 2009. The length was there and we
spent a lot of time identifying the best versions of the accommodation layouts.
Then we did at least four different versions of the exterior lines designs
until we were all satisfied by the aesthetic. Finally we along with Jeanneau
wanted to get the engine room perfect—like one would have on a mini super yacht—and
we talked to professional super yacht captains to make sure we got it right.”

On the element of the
design he is most proud of
“We are proud of her totally contemporary lines and we hope
the future owners will be too. Indeed we believe that the first function of a
sailing yacht is the aesthetics and we spent a lot of time in refining the
lines during the project. On top of it, we are proud that the highly competitive
price this yacht will open up an entire new market. We believe this will help
to get more owners acquiring this Jeanneau 64 and enjoying the experience.”
On the most
interesting design challenge he and his team had to overcome
“Every foot of the yacht is used to maximize the comfort and
experience for the owner. For example, we had to struggle effectively combine our
large owners cabin aft with a huge and very comfortable cockpit right above.
And we are pleased with how it came out. In the the end the yacht provides the
same owner’s stateroom aft that many center cockpit yachts have, but with a
much larger cockpit and without the big inconvenience of all the internal space
lost amidships. None of our competitors do this.”

On how this project
differed from the other Jeanneau models he has designed
“The biggest difference was the time of development. This project
required the significant attention of several large design teams, and a highly
skilled team at the shipyard for the last 4 years.” 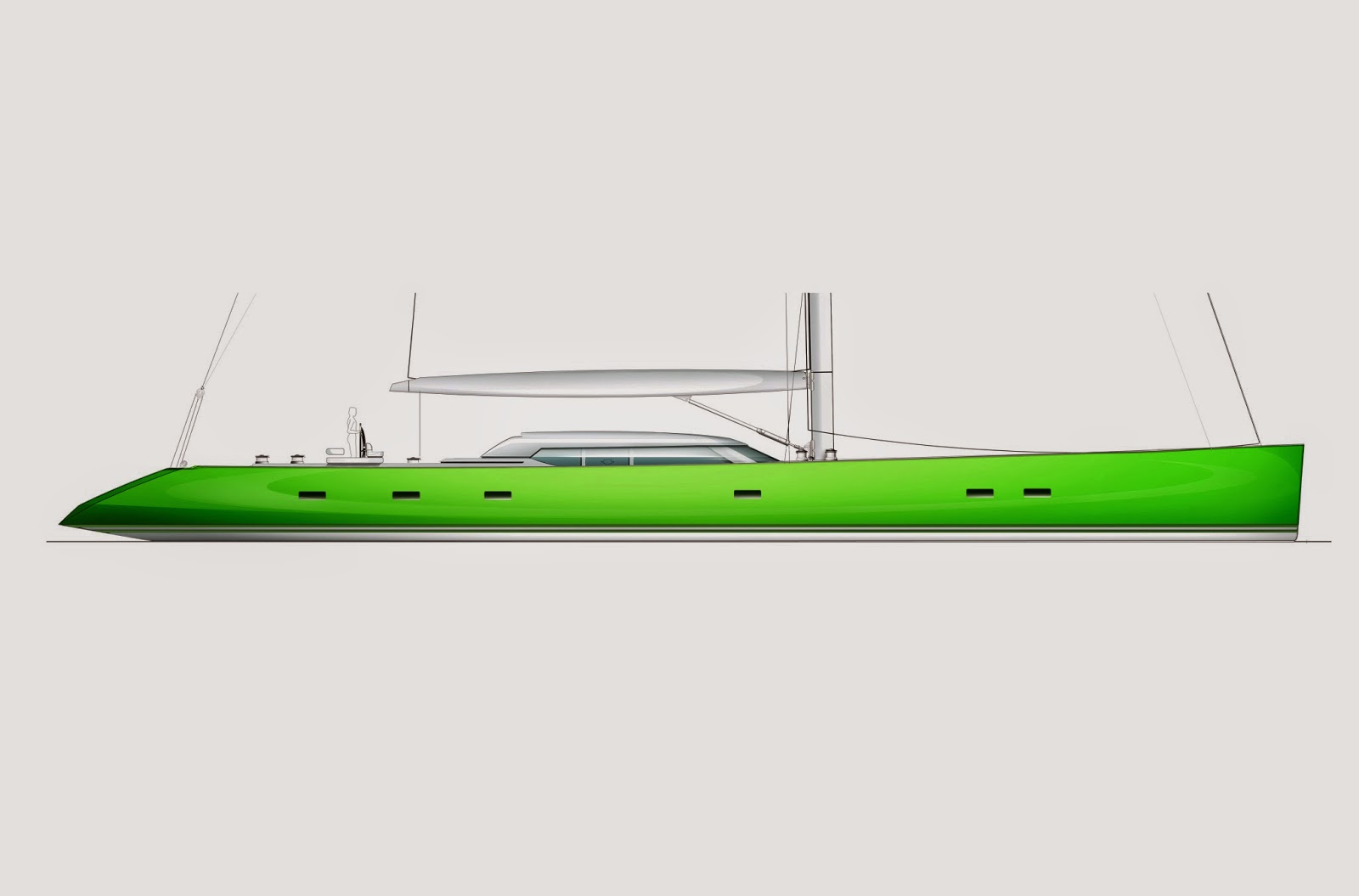 On working with Andrew
Winch’s team
“I always enjoy working with Andrew Winch and his team. We have
collaborated  in designing two large
sailing yachts, the 117-foot Hamilton and the recently launched, 108-foot Inoui (in green pictured above). Our
two teams know each other well and our studios are five miles away from each
other in London based. It was a great pleasure when I heard that Jeanneau had
invited him onboard the project and as you can see he brings an added “yacht
touch” to the project that has the pedigree of a super yacht.”
This is the first of several interviews I’ll be running in the coming months. Stay tuned for similar
interviews with Andrew Winch and Erik Stromberg, Jeanneau’s Director of Product
Development.
By Bill Stringer from Swizzle Sport Media