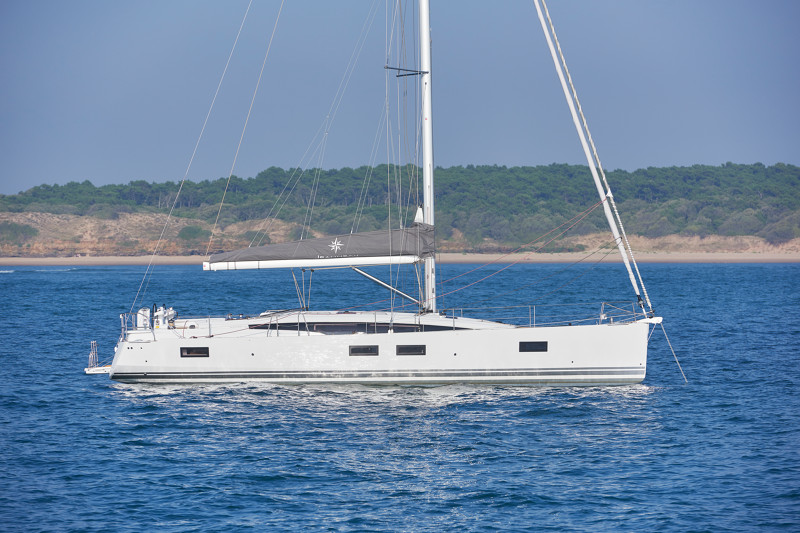 Shortly after its debut of the Jeanneau 51 at the Sydney International Show, where it was highly praised, we hosted Phil Ross the editor of Cruising Helmsman magazine, and MySailing.com.au, to do a boat review for the October issue. With a moderate breeze and lumpy sea we headed out through the heads and put the yacht through its paces.

Look out for the review to get the magazines own opinion, but as the driver of the camera boat what was very evident to me was just how incredibly stiff this yacht is. Despite that it carries generous sail area for its displacement and even in a sea-way was impressive in both how quickly it accelerated and deceptive in just how quickly it was covering ground!

There is no doubt in my mind that the new Jeanneau 51 is a fast passage-maker and with its modern chined hull, expect remarkable balance across a range of conditions. With the second of three examples that have been sold arriving in just over a week in Sydney, we’re looking forward to getting to know this stunning design better over coming months.