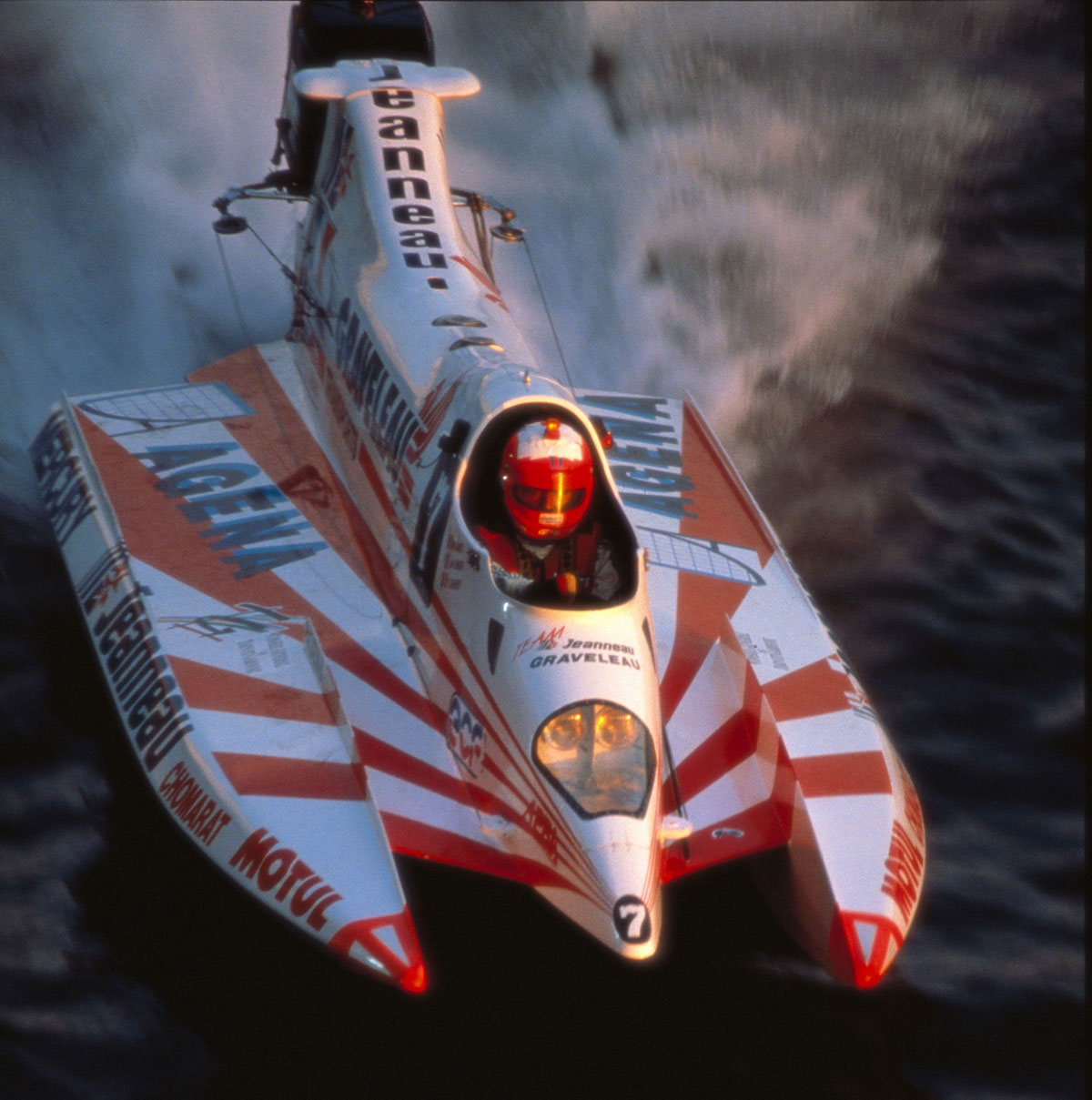 In 1957, Henri Jeanneau was relaxing in his house in Les Herbiers, a small town in the coastal area of Vendée in France, when he glanced up is see a powerboat being towed past his window. With that Henri, a passionate man who already had an enthusiasm for airplanes and cars, had a new passion – boats.

Jeanneau put his new passion to work straight away and launched into building his first wooden powerboat. This powerboat took him to a podium finish when he won line honours in the six-hour Paris Race which was the largest and most well-known race in France at the time. 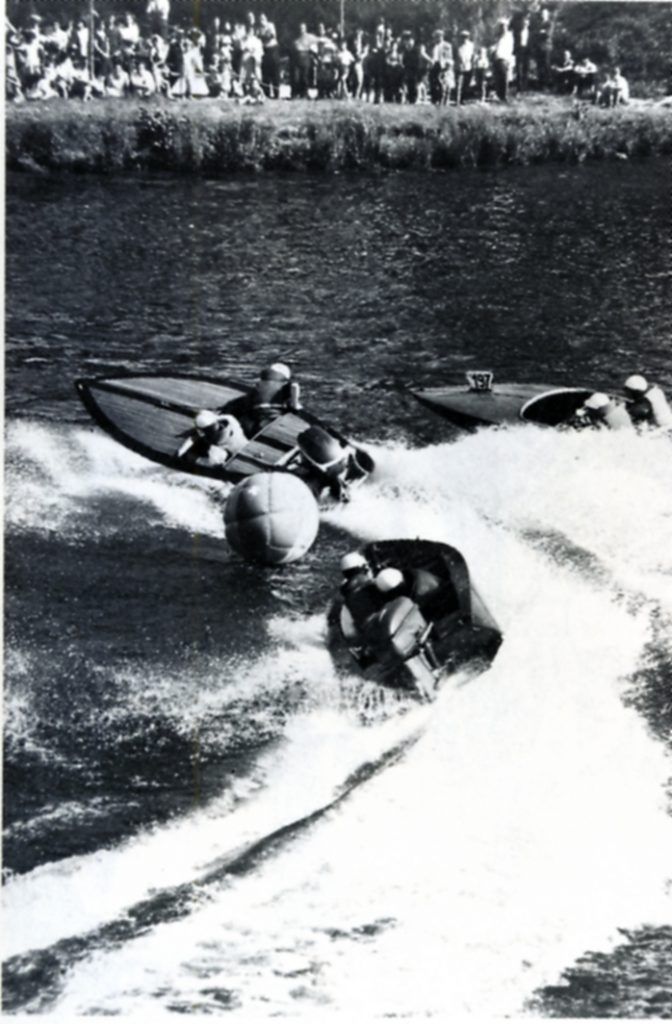 Two years later, in 1959, Henri started his boat building business, ‘the Nautical Hall of the West’. The business grew and a few years later became the Jeanneau shipyards.

From its early days, Jeanneau was a pioneer of fiberglass boat building. In the 60’s fiberglass as a construction technology that was just starting to attract followers in the boating market.  The advantage of utilising a single mould to produce hundreds of units was unprecedented.

“In the beginning, we built three boats a week. It was very artisanal. We built everything from wooden preforms, from the keel to the ribs. It was necessary to demonstrate to customers that the fibreglass would perform as well as wood. The first model was called, Sport polyester. Then came the Mirage and the Prélude and fibreglass became the material of choice, definitively,”  recalled Robert Rigaudeau, Naval Architect, Design Department.

A turning point for the sailing market in France came in 1964 when  Eric Tabarly competed in and won the Ostar, the transatlantic race previously dominated by the English. Sailing his 44 foot ketch, the Pen Duick II, Tabarly opened the eyes of the new French sailing public, instilling a passion in them that exists to this day. Jeanneau took advantage of this passion and launched its first sailing boat, the Alizé.

Sailing boat production went through the roof as pleasure cruising became more and more accessible. In 1970 Jeanneau launched a model called Love Love before the Sangria was launched becoming an instant success with over 2,700 being sold. 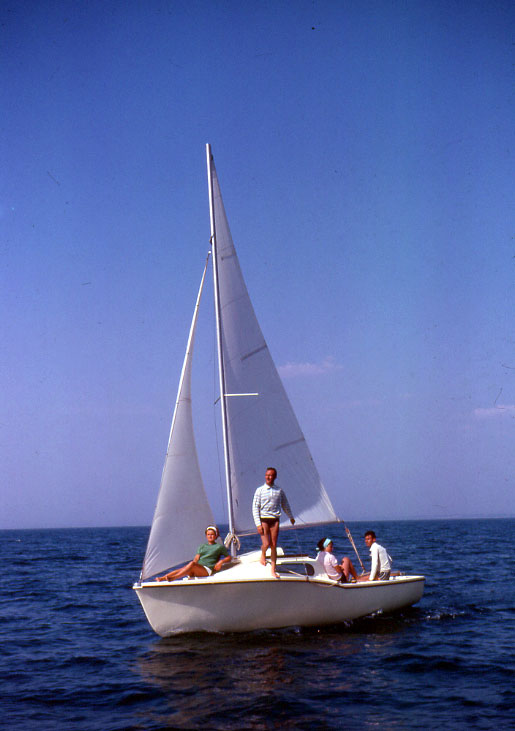 Racing was the next frontier and in 1976 Jeanneau entered a ten metre production yacht, a Mélody, in a single-handed transatlantic race, proving that production boats were ocean capable. For over 15 years Jeanneau also exclusively built 3 generations of yachts for the Sailing Tour de France, the Rush Royale, the Selection, and then the Jeanneau One Design.

With the birth of ‘Jeanneau Advanced Technologies’ in 1982, Jeanneau models were the choice for many single-hull and multi-hull races. Records were broken and races were won across the world. In 1990 took first, second and third in the famous Route de Rhum.

Powerboat racing was also within the realm of Jeanneau with its Kevlar-hulled catamarans enjoying an early 80s success in the Formula 1 Inshore or Formula 3000 classes. Driven by Michel Rousse, the team held the 1987 world record for the highest speed over water with a standard outboard motor, and the world record for endurance in a 24-hour race.

Today Jeanneau is a well recognised global brand. One of the largest shipyards in the world, it employs over 2000 staff and has more than 300 distributors in 50 countries. In Australia, Jeanneau has a dealer in every state, each of whom experience a high level of support and training from the factory in order to best service what is a large market for the brand.

The current Jeanneau line up offers more than fifty models of sailing yachts and motor boats. Recently launched into Australia in the sailing range are the Jeanneau 54 and the Jeanneau 51. After being launched at the 2016 Sydney International Boat Show the  Jeanneau 54 has attracted comments from journalists such as “…once again Jeanneau has set the bar high with a yacht that combines practicality, affordability and elegance. I have never found so many comfortable positions to sit on a boat before…”

The yacht cruising range is extensive enough to satisfy all types of sailors. From the bestselling Sun Odyssey 349, over 25 sold in Australia so far, to the luxurious ‘mini superyacht’ Jeanneau 64.

Racing aficionados are not forgotten with the renowned Sun Fast brand continuing Jeanneau’s racing heritage with two models, the Sun Fast 3200 and the Sun Fast 3600. The 3200 has just had an upgrade with a R2 version making it even more appealing, while the 3600 is performing all around the world including Australia where one just took third place overall in the Melbourne to Hobart race, racing shorthanded against fully crewed competitors.

The future for the brand looks bright and its presence in Australia promises many years to come… happy 60th birthday!