Over the past several weeks there has been a flurry of action with 38 South Boatsales sending two Deck Saloon 50 models to new owners, and the launch of the first Jeanneau 53 with 360 Docking in Australia.

The two Jeanneau Deck Saloon 50 models have gone out of the Bay with one now residing in the picturesque coastal town of Eden and the other in moored in front of the owner’s house in Paynesville.

The owners Shane and Belinda Lansdell, are ecstatic about their new boat, and chose a shoal keel version  so they could leave it at their house in Paynesville.

Shane and Belinda are owner operators of the Melbourne tourist catamaran Sea Melbourne based in Melbourne’s Docklands, and chose the Jeanneau Deck Saloon model after seeing several ply the waters of Port Phillip.

“the Deck Saloon has a lovely line and beautiful appearance” says Shane “and she sails extremely well, we had a magnificent and quick trip here to Paynesville”

Surely one of the largest production boats in Gippsland, this is sure to turn heads. 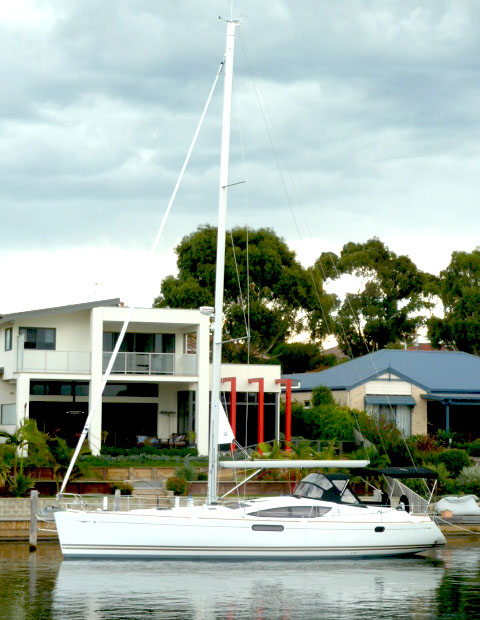