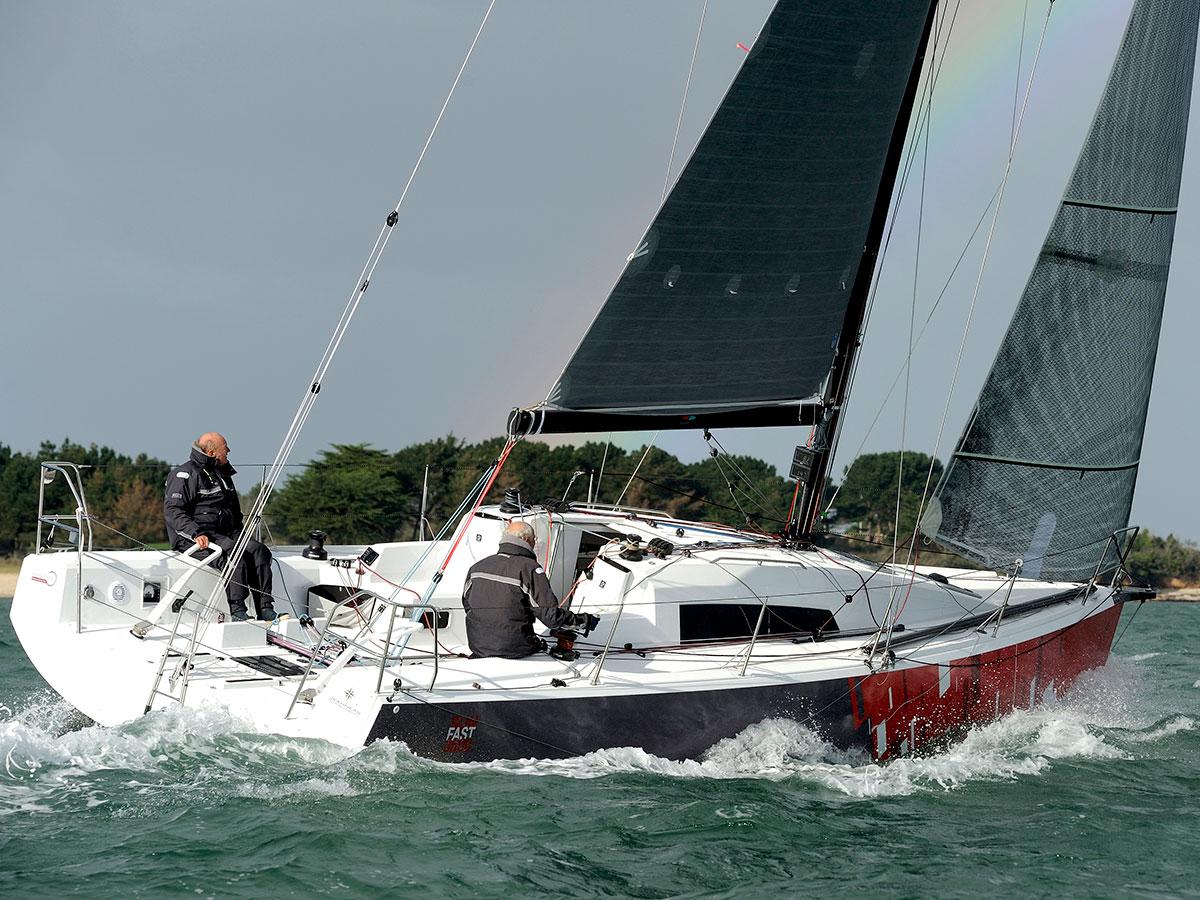 Aimed at both shorthanded and full crews, Matthew Sheahan from Yachting World finds out whether Jeanneau has hit the jackpot with its latest racing launch.

For all the meticulous market analysis and detailed planning that lies behind a new production boat launch, sometimes even the big guns can get caught unawares and stumble across a recipe for success.

That’s precisely what happened to Jeanneau six years ago when they created what they thought would be a limited production boat for the Transquadra, a transatlantic race for over 40 year olds. Initially they produced around 15-20 boats, mainly for people who wanted to take part in an event in which amateur crews race either solo or double handed from Europe to the Caribbean. But six years and 150 boats later it was clear that the French yard had hit a sweet spot with a small yet swift and manageable 32ft performance boat that could also be raced competitively with a full crew.

Having watched the new trend develop, Jeanneau is now dangling another carrot in front of the market, the Sun Fast 3600. On the face of it she is simply a bigger version of the popular 32 footer with a higher freeboard, angular chines and more volume throughout. But that’s only scratching the surface of this new design.

While the 3200 is a tidy package, the 3600 appears to be both beefier and smarter all round while being easy to race both shorthanded and fully crewed as well as being mild mannered enough with sufficient creature comforts to allow some family cruising too. Could she really be this good?

Barely out of her wrappers we jumped aboard the first 3600 in the UK to find out what the French giants had done to improve on an already successful formula and whether an extra four feet could really make her the perfect all rounder.

For the full boat test report see the July 14 issue of Yachting World.