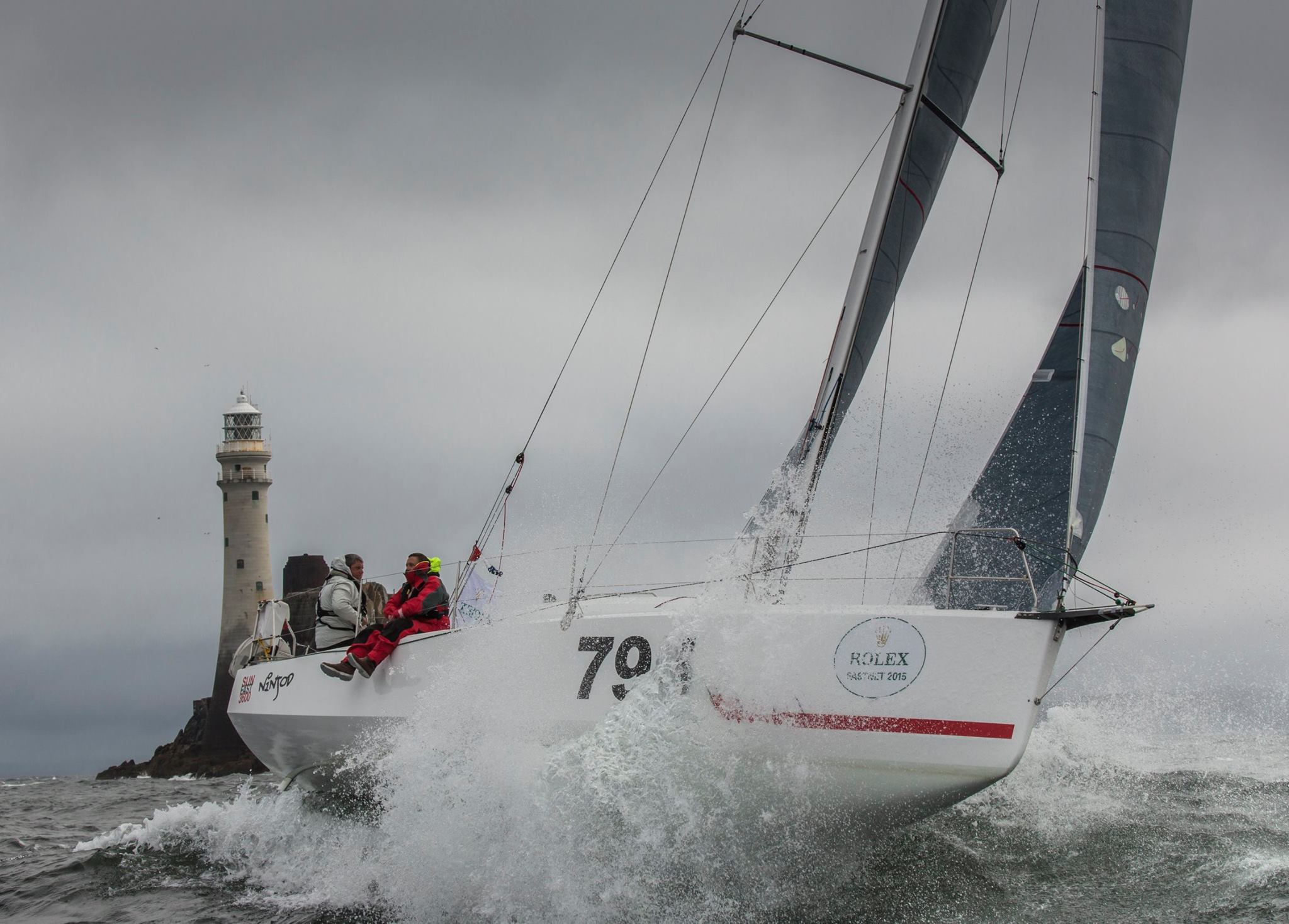 The inaugural SORC solo ‘Round the Rock’ race which started on July 2nd had 45 confirmed entries from 5 Countries including seven Jeanneau Sun Fast 3600’s and six Sun Fast 3200’s. The race is designed by solo sailors for Corinthian sailors who want to test their skills and endurance in a substantial offshore race.

The 610 mile route has long been recognised as one of the world’s most demanding race courses, even for fully crewed yachts, yet interest in the race had far exceeded the organiser’s initial expectations. “The response and enthusiasm from Corinthian solo sailors has been tremendous,” says race director Rob Craigie.

So what lies behind the appeal of the race? “It’s easily the biggest yacht racing challenge that can be completed in a week’s holiday,” Craigie explains. “Just getting safely around the course will be a huge achievement. But, at the same time the racing at the top of the fleet will be really intense, both for the overall winner and also within the different groups of closely-matched boats.”

The fleet started assembling in Southampton’s Ocean Village Marina on Wednesday June 29, in preparation for the start in the central Solent at 1130 on Saturday July 2. The first finishers are expected in Plymouth after three or four days, although the slower boats may not finish until the end of the week.

After the start, the fleet will head west to Land’s End and then up to the Fastnet rock off south-west Ireland. After rounding the rock the course takes competitors west of the Scilly Islands and then to the finish in Plymouth.

Follow the race at www.solofastnet.co.uk, via the YB tracker at: yb.tl/sorcrtr2016 and on social media at www.facebook.com/sorcsolo/

In other Sun Fast news Patrice Carpentier racing his Sun Fast 3200 “Group 5” two-handed just finished an incredible 6th overall in the Volvo Around Ireland Race and won the two-handed division handsomely in this challenging 705 mile marathon which this year favoured the biggest competitors. The Sun Fast 3600 “Bam” came 3rd in its class, while the SF3600 “Bellino” came 12th overall and 4th in the 2-handed division.

And the Jeanneau’s Sun Fast designer Daniel Andrieu has just made Team France Blue for the upcoming Commodore’s Cup regatta on his own SF3200 “Cifraline”.