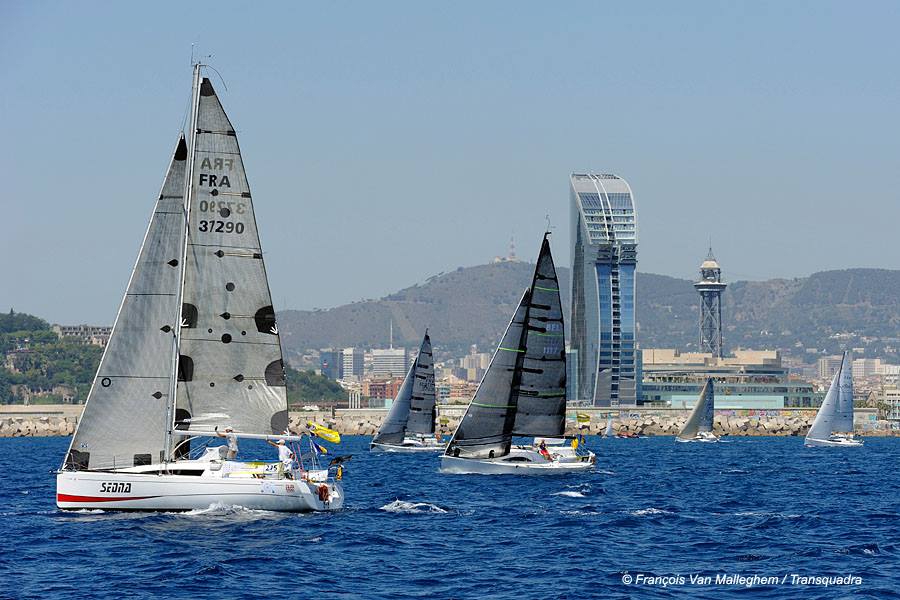 The Transquadra is a biennial yacht race only open to amateur crews of over 40 years of age both double-handed and single-handed across the Atlantic in two legs.

The first leg finishes in Madeira out into the Atlantic in late July and the second stage to the Caribbean island of Martinique resumes in January. The first leg has starts from two different places being Barcelona, Spain and St. Nazarie, France and Sun Fasts absolutely dominated the results.

In the Double-handed fleets, here again the Sun Fasts were in the lead. In the Barcelona to Madera fleet, the first 4 boats were also Sun Fast 3200s!

The Sun Fast 3600 “Yolo” with Jean-Francois de Premorel and Philippe Laperche at the helm finished 2nd, only 14 minutes behind the leader and getting 3rd in corrected time. Not bad for a 7 day race! The second Sun Fast 3600 came in just hours later.

Competing in three out of four categories, Sun Fast skippers stand on all the podiums with a clean sweep of the first three places for both the Solo Atlantic and Double Mediterranean categories.

Overall, a superb first leg by the 25 Sun Fasts and their crews. Congratulations and we look forward to the second leg which starts in Madera at the end of January 2015 and finishes in Martinique.