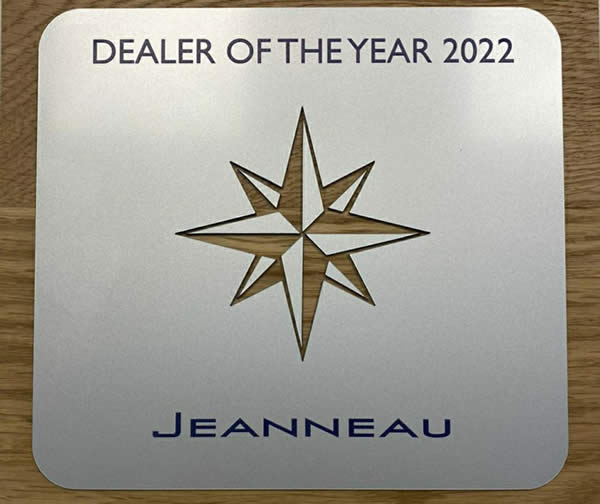 Heaps of big news this month but to start off with, we have just been announced as Jeanneau dealer of the Year for 2022! Woohoo!!!

Next is the announcement of two new power boats from Jeanneau, the eagerly awaited Merry Fisher 1295 Flybridge and the Cap Camarat 10.5 Centre Cockpit. Pricing should be available in August, and we hope to see the MF1295 sedan version released in 2023.

We have also launched four new boats in the last two months including 3 x Merry Fisher 1095‘s and 1 x Merry Fisher 695 Sport Series II, but we still have another 17 to deliver in the next 6 months!

Now that most COVID restrictions are now removed in Melbourne, we are considering having a Jeanneau Rendezvous on-water meet up event in October/November. If you are interested in attending with your Jeanneau, please let us know so we can get an idea of numbers and a suitable location to meet up.

Unfortunately due to the high demand and the high costs of exhibiting at boat shows these days, we decided not to attend the Sydney Boat Show this year. However we will be having our own Jeanneau Boat Show at D’alboras Marina at The Spit in Mosman, Sydney from the 27th June to the 2nd August.

In doing so, we are able to display a lot more boats and offer free entry to anyone that registers to attend. Hopefully we will see you there to do a deal on the only two remaining boats we have available in the next 12 months…