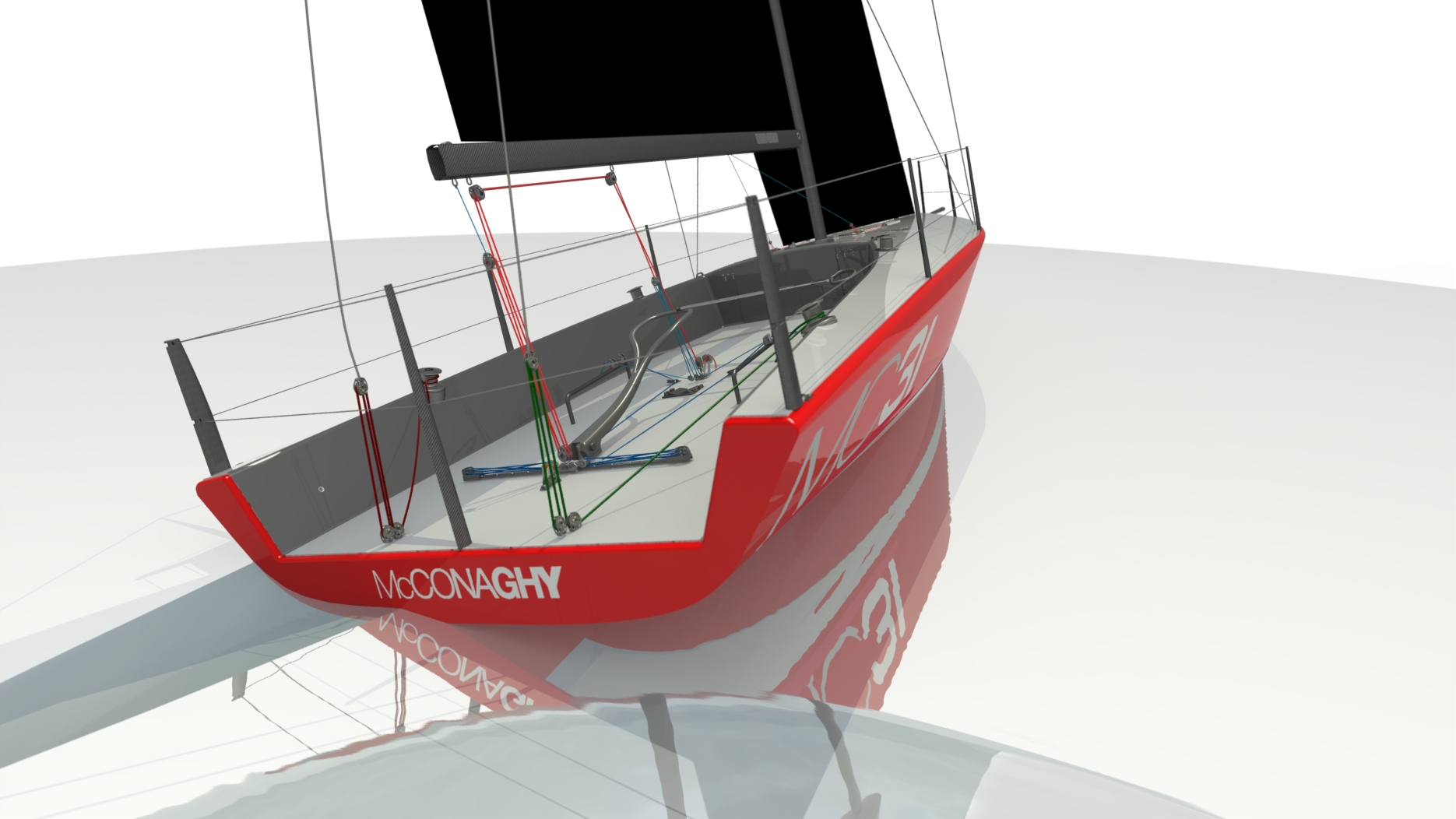 January’s huge Festival of Sails, the southern hemisphere’s largest keelboat regatta, is where McConaghy Boats’ latest one design class will launch. The first two MC31 hulls built are about to be loaded onto a ship in China bound for Melbourne, and two eager Sandringham Yacht Club owners who can’t wait to unwrap their jumbo Christmas present in the New Year.

The second announcement is that the MC31 and a range of other asymmetric super-charged boats sized between 8.5m and 11.2m, or 28 – 36 feet, are planning to combine for the inaugural Super 11 Series with the Festival of Sails, January 22-26, the first event on their 2016 calendar.

Rohan Veal is both MC31 importer and first owner, plus a keen supporter of the Super 11 concept that will run over summer and take in a number of established Victorian regattas, including the Club Marine Series and a likely Victorian Super 11 championship.

On the MC31s arrival and world premiere at the 2016 Festival of Sails presented by Rex Gorell Land Rover, Veal predicts it’s the starting point for phenomenal international growth, similar to the foiling Moth trajectory he developed from 2003 to 2009.

Described as a “scaled down TP52 with all the Gucci fittings” and “the natural sibling of the MC38”, Veal promises the end product is even better than first projected. “McConaghy spent a lot of time thinking how to make the perfect one design boat, a high performance grand prix racer with a superior finish,” he said on arrival back into Australia having visited the factory to inspect the two almost complete MC31s.

MC31 agents will import two hulls at a time, double stacked in a specially built and re-usable cradle to reduce shipping costs and most importantly to ensure no orphan boats are sold. “This also means owners will immediately have another MC31 to race against, and then two boats will turn into four very quickly,” Veal explains. He’s already talking about a national class title in 2016 and the potential for a world title in Australia in 2017 or the year after.

The Festival of Sails will be more showcase than show-stopper when it comes to likely results for the MC31s as the new boats are unveiled and eased into racing mode as part of the new Super 11 division. Organisers at the Royal Geelong Yacht Club are ready to support the concept as long as the numbers warrant the extension to the racing schedule.

Planning began a year ago to offer lightweight high performance boats with big kites that “are a bit flash” a separate series and scoring at existing regattas under a box rule says one of the masterminds, Tony Cuschieri from Royal Brighton Yacht Club.

“It’s an AMS system designed for hybrid keelboats that are too big to be classified a sports boat and typically don’t do well under IRC and PHS handicap. AMS is the simplest and fairest box rule for our boats and it means we’ll bunch up on the results sheet. It’s about getting the half dozen owners with similar light boats at every yacht club together and trying to get more young people involved in the sport, as well as encouraging local boat building.”

Early interest for the introduction of a Super 11 series suggests Gerrit Veenemans’ brand new Fareast 28R out of Queensland, Adrian Walter’s Shaw 11m Little Nico from Sydney and the Melges 32 Envyus skippered by Dennis Clark from the Royal Yacht Club of Victoria will sign up for the division at Geelong’s historic Australia Day long weekend. A daily mixture of windward/leeward and passage racing is proposed.

Veal and Cuschieri are talking up 10-15 entries for the maiden Super 11 event and from the Festival onwards Victorian owners will refine the prototype. “Once we’ve proven ourselves on Port Phillip we’ll reach out to the other states,” Cuschieri adds.

The next significant deadline is the close of entries on Friday January 15, 2016 after which date a late fee will apply.  Enter here https://www.topyacht.com.au/db/aus/entry_menu.php?EventID=493

All information relating to the 173rd Festival of Sails is on the regatta website www.festivalofsails.com.au