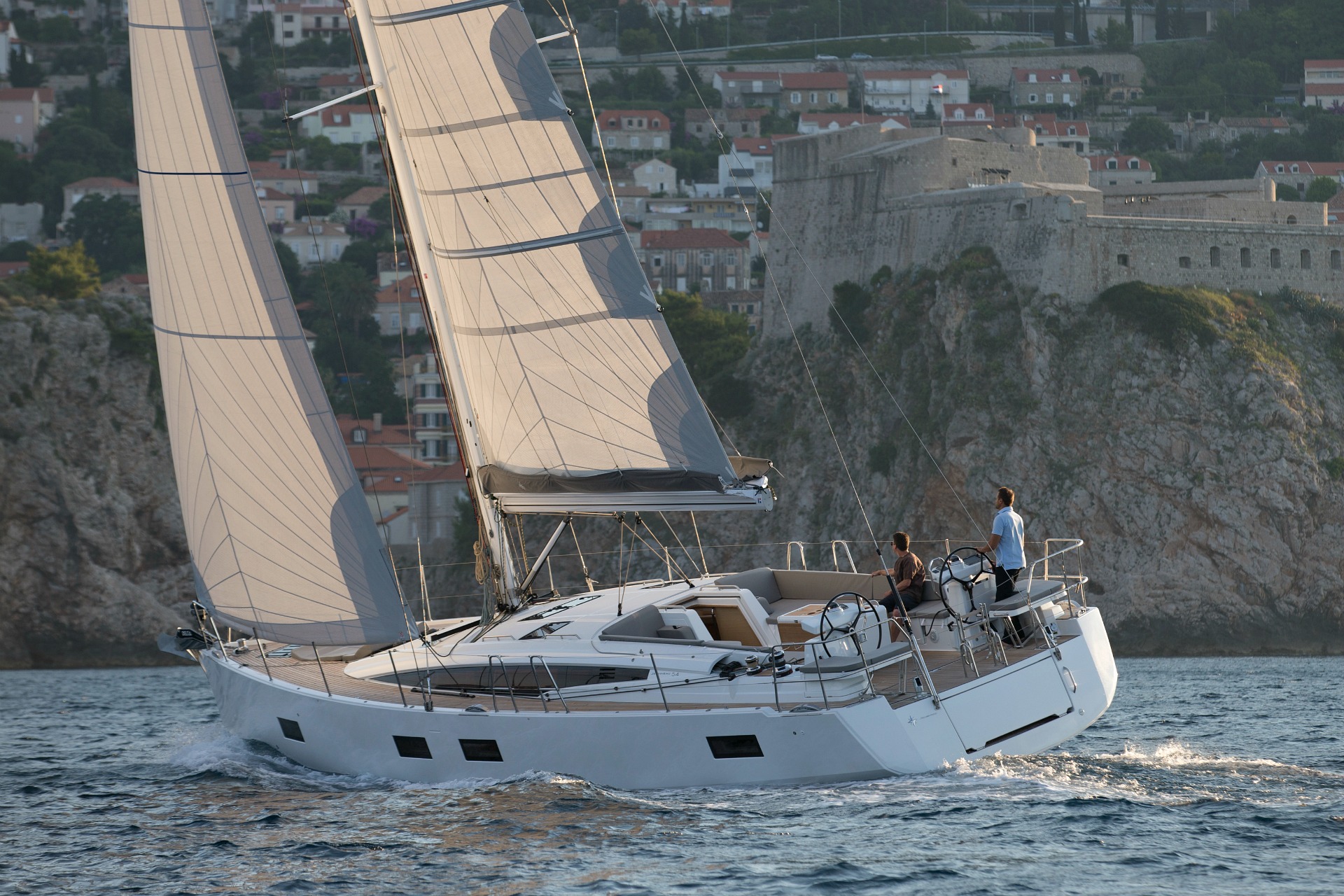 Only a few years ago Jeanneau made the bold decision to produce a new flagship 64 and to go upmarket, involving Andrew Winch Interior Design who has had a long collaboration with Philippe Briand in the World of Superyachts. The result was a huge success with 50 sold and saw Andrew actually buying one for himself!

Last year it was followed with the new 54, which we are proud to have on display at this year’s Sydney Show starting on Thursday July 28th  The same design philosophy has been used to remarkable success with number 50 coming off the production line last week. So the International dealers were extremely keen to view the prototype 51 at the recent dealer meeting to see how it measured up and the response was resoundingly positive. In fact many long term Jeanneau dealers described it in superlatives as the best of the new range of Jeanneau branded models, and that’s saying something!

So what makes the new 51 so exceptional? Well, the ideas introduced on the 54 are there, the patented transom terrace, fore-deck bimini, cockpit table life-raft stowage, snugs at the forward end of the cockpit, and the very high end interior finish. And the layout and layout options are simple, ingenious and offer a supremely comfortable and functional combination of layouts that simply work. The saloon area feels warm and inviting, modern and stylish, and is simply a lovely space to be in, even with a lot of people as we had at the dealer meeting. This is a genuinely exciting yacht that really compares with some of the high end semi-custom yachts on offer in the World today, but at an extremely keen price point for a yacht of its pedigree.

The new Jeanneau 51 has already been nominated for European Yacht of the Year 2017 and with its combination of design elements, sets a new benchmark in production yachts of its size.

Production starts ex-factory in February 2017, so contact 38 South Boat Sales for further details as they become available on (03) 9772 8976 or email info@38southboatsales.com.au.