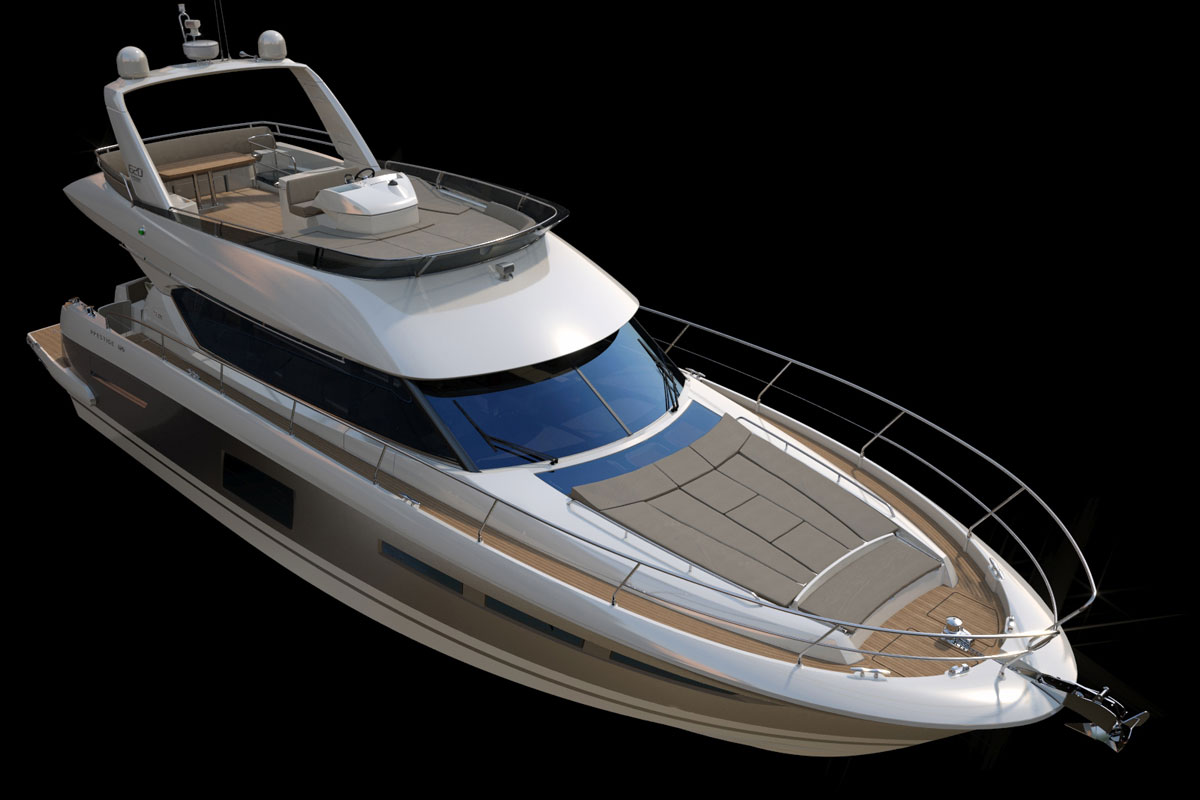 The stunning new Prestige 620 has been nominated for the prestigious European Powerboat of the Year award for 2013.

Presented at the Düsseldorf Boat Show in January 2013, the awards are judged by a panel of journalists from major marine magazines from Germany, Italy, France, Switzerland, Austria, Norway and Finland. Judges evaluate the safety standards, quality of workmanship, handling, space allocation, and the price-performance ratio.

For over twenty years Prestige has been producing the very best in luxury motor yachts. The Prestige 620, designed by the Garroni Group,  was conceived in a way that impresses with a balance between the elegance of its performance on the water, and the subtle luxury of the light filled interior.

Internal space has been maximised with an enormous saloon and separate dining area, three cabins, including a central owner’s cabin, and a flybridge that sets a new standard.

High tech solutions abound with use of infused molded hull and IPS propulsion to put the Prestige 620 at the cutting edge of current technology.

The Prestige 620 has also been nominated for the Nautical Design Award for 2012.

The nomination for European Powerboat of the Year 2013 follows on from the 2012 celebrations where the Prestige 500 won in her category.

For more information on the Prestige 620, the Prestige 500, or the entire range of Prestige Luxury Motor Yachts, please contact Terry Oakley.