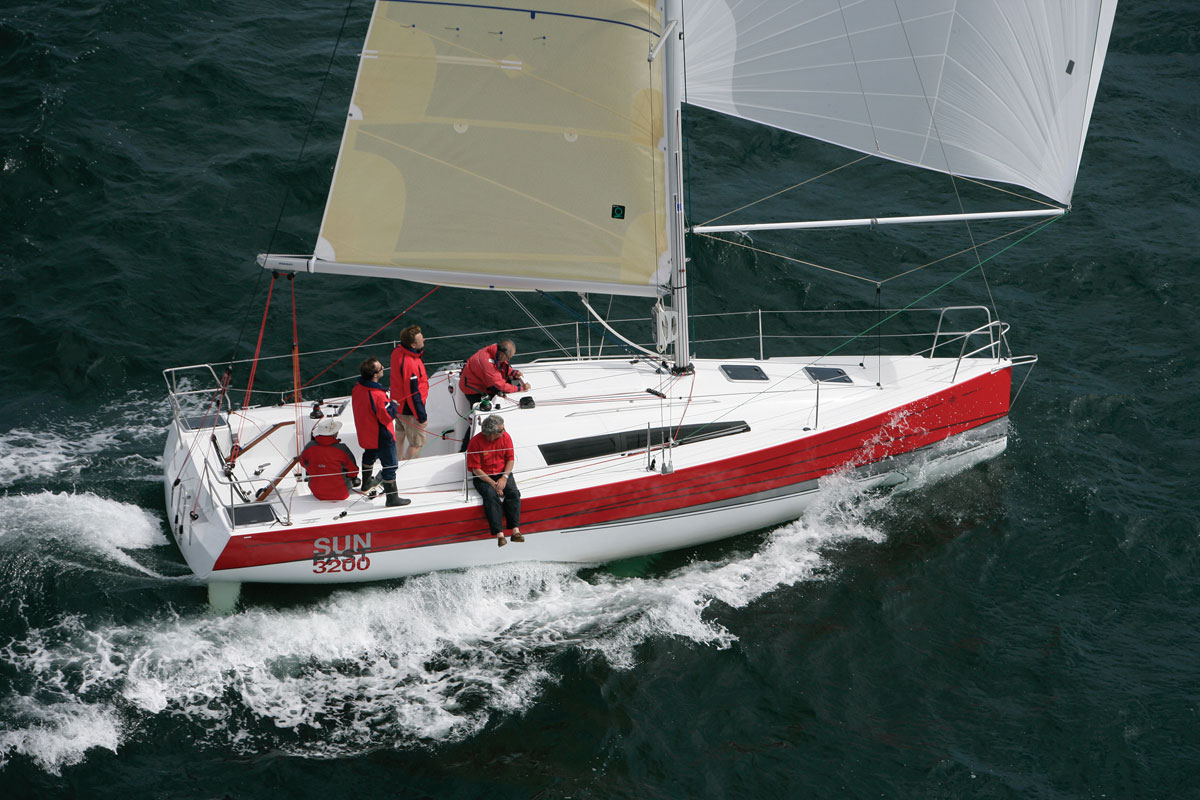 Well, actually it is two races. The opening races of the JOG (Junior Ofshore Group) 2013 with Race 1 being from Cowes, through the Forts, out around Bembridge Ledge and across the Channel to Cherbourg in France and Race 2 being pretty much the reverse. Held over a bitterly cold Easter weekend with a predominantly Easterly winds of 15 to 24 knots, 32 yachts made the start line.

Fastrak IX sailed this event in the double handed division (7 boats) and also in the IRC Class 4 (10 boats). We (myself plus the boat) were privileged to be joined for the event by an up & coming female Swiss offshore racer, Sandra, fresh from mountain training in the Alps!

This was Fastrak’s first offshore race of the season and a great warm up and shake down before embarking on the RORC (Royal Ocean Racing Club) Fastnet qualifiers with regular co-skipper, David Bowdler. Experimentation with Fastrak’s new fixed bowsprit, larger mainsail and larger asymmetric set up was the order of the day.

The race started on the JOG line of Gurnard at 08:10 into a 15-20 knot ENE wind and strong flood tide. We tacked our way up to the Forts with full main and heavy No. 2 genoa, which was a bit on the edge but the boat felt good and we knew we would need the large foresail once bearing off around the Forts to Bembridge. At Bembridge we beared off some more, set the Code 0 and headed for Cherbourg in 20 knots+/- of breeze and with the True wind angle oscillating between 130 & 140 degrees. This is more wind than I would normally fly the 0, but I had yet to try my large A2 on the new longer bowsprit and it would have been a bit of a fight. As it happened the Code 0 was awesome and was perfectly balanced with the centre of effort further forward compared to last years set up, so no rounding up in the gusts. Eventually the tide turned and the wind shifted so we had to drop the 0 half way across the Channel and white sail it to Cherbourg in great surfing conditions hitting top speeds of 16 knots and finishing the race in under 9 hours!

Another 08:10 start just outside the marina in Cherbourg, but feeling grumpy by losing an hour of sleep with the clocks changing and the obligatory overdose of alcohol in the Cherbourg Yacht Club the previous day, things were difficult. No wind in the shelter of the harbour wall, we drifted side on to the wall retaining rocks. I actually jumped off the boat and on to the rocks to push us off! No real harm done except an appalling start well to the back of the fleet! On getting into the outer harbour we were able to set the Code 0 again in a 7 to 10 knot breeze & Fastrak came alive. We always seem to be ble to fly this sail at close angles that many others have no choice but to white sail it. We picked off our Class mates one by one and got to the front of the fleet. A couple of hours out a freshening breeze and shifting wind meant dropping the 0 and white sailing it across the Channel. We ended up to the West of the main fleet but managed to hold a good course & good speed once the tide changed to West going, unlike some others who got tidally trapped. The boats on the more Easterly trajectory maybe had a fairer ride?

On reaching the Forts we were pleased to be right behind our main competitor (J109 – Just So) as she has to give us time. It was time to bear off for a dead run back to Cowes in a 20 knot breeze so no excuses this time and up with the large A2. Wow!!! This sail really goes deep and is fast with superb balance BUT on the first gybe we wrapped it bad around the forestay (need to get the technique perfected with this big kite!). It took a while to sort and drop, fortunately undamaged, straight down the forehatch. We then hoisted the A1.5, smaller sail of last years boat, BUT, and stupidly, it was not pre-packed!!! More time wasted, but we got it up and she sets remarkably well. No further problems with gybing but the J109 had made the break by now and took the Class win with Fastrak coming in ONLY 50 seconds behind on corrected!!

Clearly Fastrak IX is in the groove straight out of the box. She feels good upwind and down. The new longer bowsprit & larger asymmetric really does seem to work – fantastic control downhill and the boat can take the extra power. We have yet to see in light airs against the tide! Compared to last years boat we have a larger mainsail as well, and a wopping 10 extra points on the rating!! But so far the new set up is worth every point. Next job is to get the IRC Rating Endorsed (a Fastnet requirement), and this should bring the rating down 3 or 4 points as the actual weight is always more than the brochure weight. These few points would have gained us a position or two this last weekend! 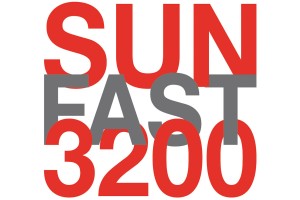