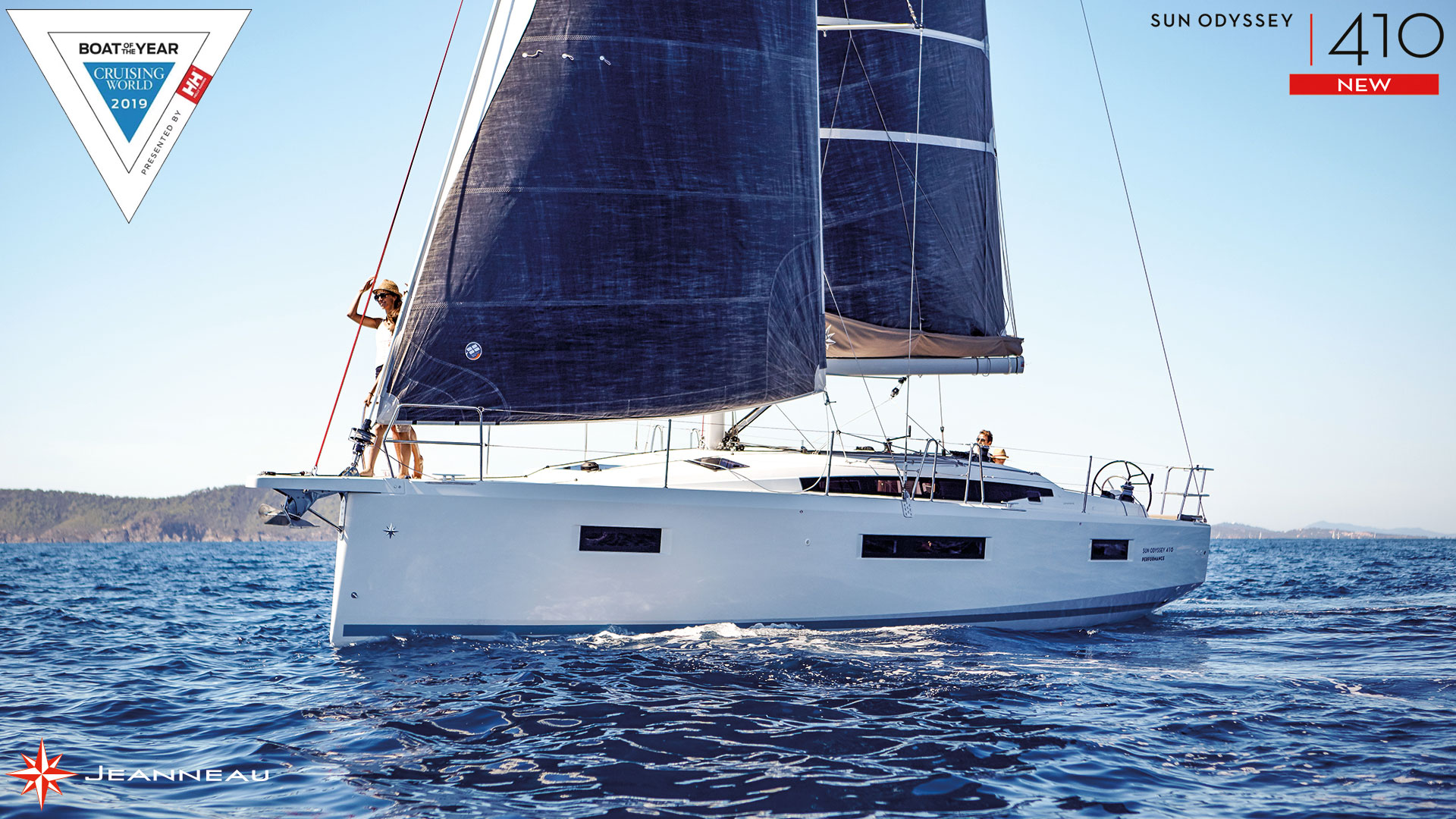 In terms of length overall, the four boats in the Midsize Cruiser Over 38 Feet class were tightly compressed, with one coming in at just under 40 feet (Tartan 395), another measuring in just shy of 43 feet (Wauquiez Pilot Saloon 42), and the remaining pair almost identical at 40 feet 6 inches (Jeanneau Sun Odyssey 410) and 40 feet 8 inches (Hanse 418). But from there, those contenders split tacks in several directions, and gave the judges plenty to ­consider before coming to their ­ultimate conclusion.

One of the judges said “Once again, the judging team found Jeanneau’s mix of price point, performance and innovative features to be a potent combination.”

“They’ve retained several themes we saw on the 490, including the walkway where you come aft of the helms and then go outboard and up a sloping deck. You still have that almost hip-level pushpit. It’s a very safe transition from the cockpit to the foredeck.”

Another judge also ­compared the sailing characteristics with that of its larger 49-foot sibling. “The stability is impressive,” he said. “We sailed hard and turned hard, and always stayed under control. We just had total and instant response. We weren’t going to round up at all. It wasn’t a question. So it’s a really nice boat that performed well. In a lot of ways, this was Jeanneau’s year.”

Click here to read the full article on CruisingWorld.com 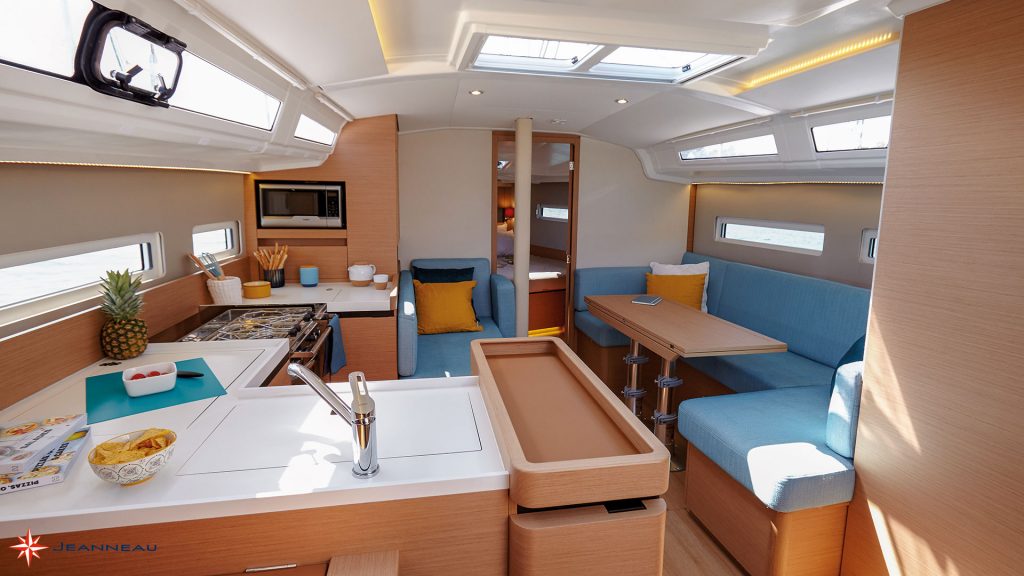 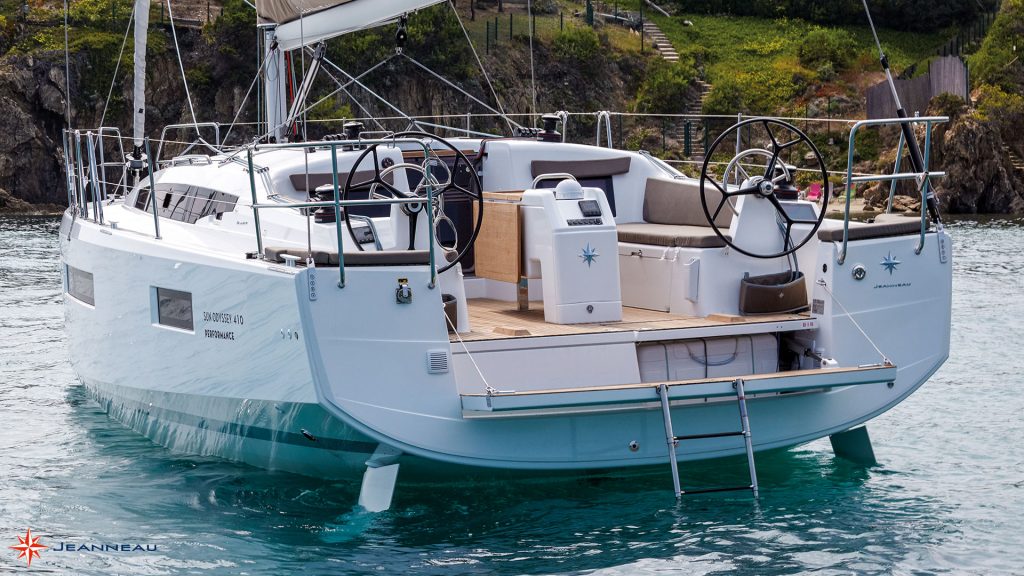