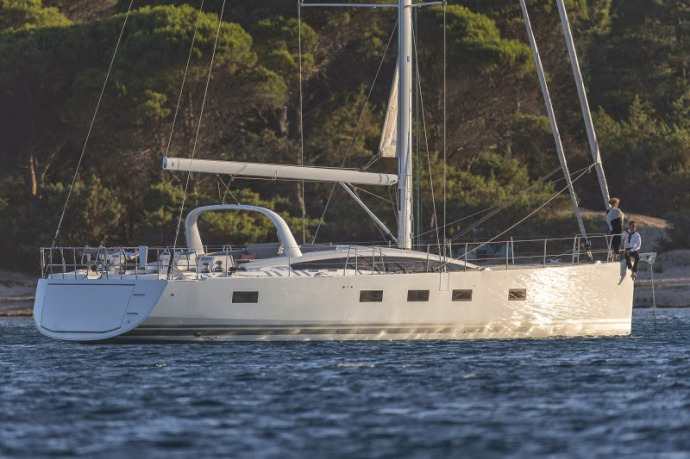 After touring the factory, seeing hull number 1 under construction, and writing the preview story that appeared in Sail magazine last year, I have to admit to being kinda sweet on the new Jeanneau 64.

As you can see in the following video, the boat has been a huge success since hull number 1 debuted last year. The innovative production line for this large yacht is humming away, and according to the folks at Jeanneau, the orders keep coming in.

And as I watched this new video above, I was pleasantly reminded of something I’ve learned about the very French-built 64 that most folks don’t know. Turns out that Jeanneau’s head of global product development, Erik Stromberg, who was one of the driving forces behind the 64 project (pictured below in the green sweater explaining how a 64 is built), is a smart and humble guy who’s also an American expat… And that the boat almost didn’t get built. 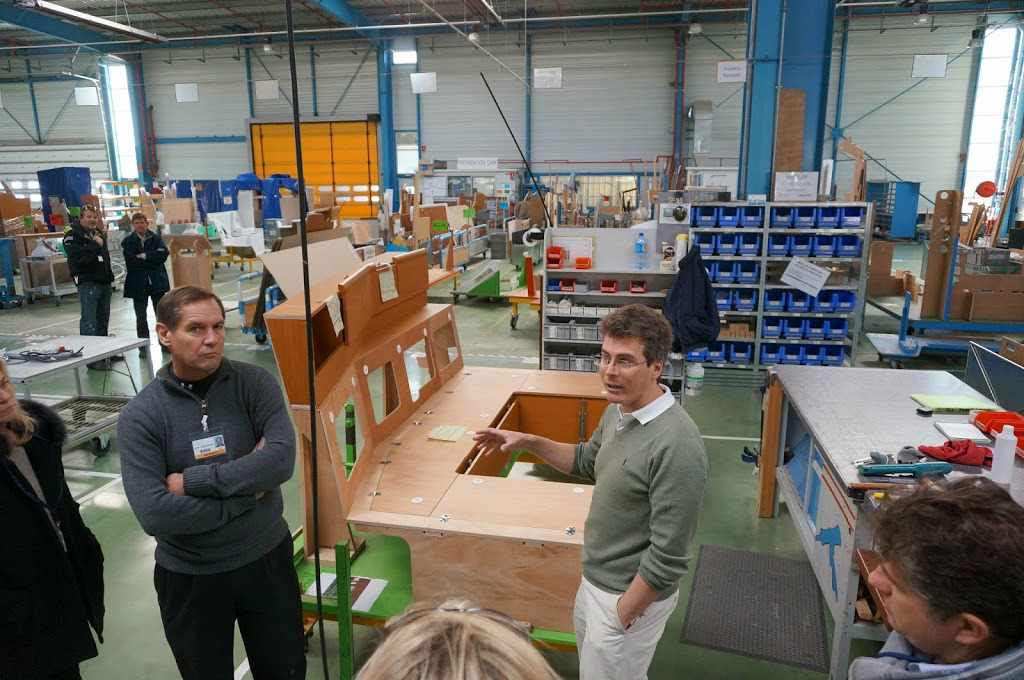 “I’d always worked in boatyards,” he said when I asked him about how he started at Jeanneau during my factory visit last year. “Then after college, I answered an ad in the Baltimore Sun posted by a boat company who was looking for a customer service manager that also knew a little bit of French.”

That company was Jeanneau America, based in Annapolis, Maryland. And it wasn’t long before Erik’s knowledge and feel for what works on boats designed for the US market (that can be quite different from what works for European models), in addition to his working knowledge of French, made him uniquely suited to work on product development for all the Jeanneaus bound for the US—in addition to meeting his customer service responsibilities.

“I worked with the guys in France,” he continues. “And, we realized that many of the things that worked [i.e. sold] in America, also worked in the rest of the world.” Eventually, he was traveling to France to consult on new designs several times a year.

“Then one day,” he says matter-of-factly, “they asked me if I’d like to do product development for them full time.” That was in 2005, and the rest, as they say, est l’histoire. He and his wife moved to France and have settled with their new baby in a charming little village about a 45-minute drive from the factory. 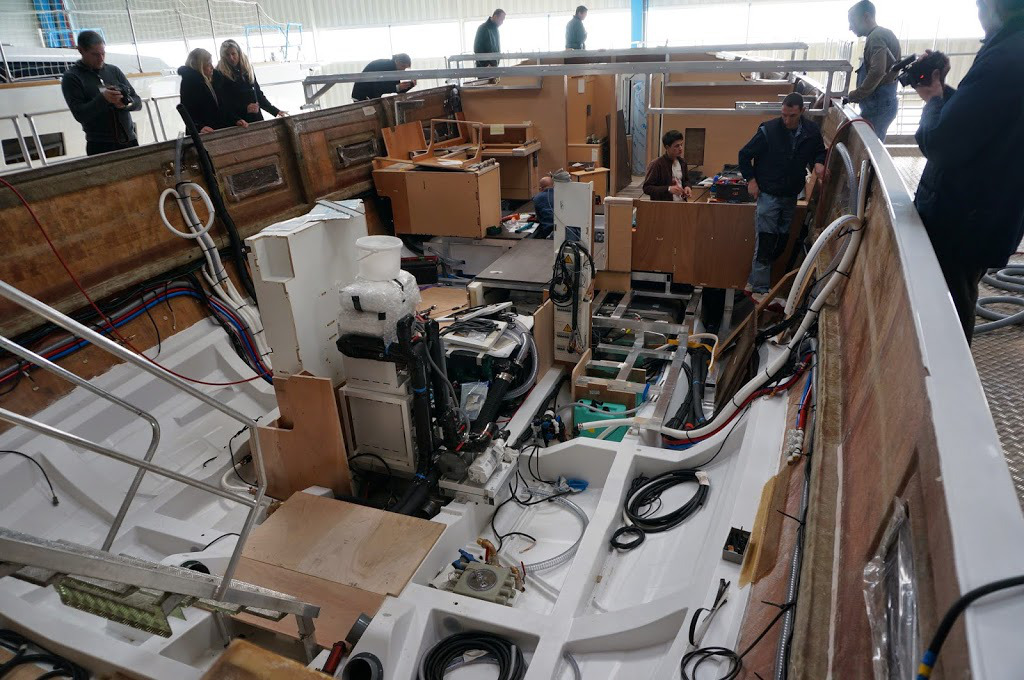 But it hasn’t always been easy. The recent global downturn affected every industry, not just boat building, and Jeanneau, even with its powerful position within Groupe Beneteau, had to make adjustments to weather the storm. But I think part of the satisfaction, and even he’d say, relief, that was palpable during my visit with Stromberg comes from the fact that he really appreciates and respects the talented people he works with.

He admits the 64 project was put on hold during the worst of the slump. But he’s also pretty happy to report that he and his team have been working for 2 ½ years to get the big, complicated boat he showed me in the factory built, along with consistently refining and improving all the other new models Jeanneau launches every year.

“We had a feeling this boat would fit into a gap that we saw in the market nicely,” he says. “And the response has been fantastic. In fact it’s been so good, one of our biggest challenges in the coming year will be meeting the growing demand.”

I’m not surprised demand has been so strong, even before the first boat was built. These boats are going to make a statement wherever they go, and with a price tag in the 1.3-1.4 million-dollar range, it’ll be very hard to find any other boat like it.

“I’m extremely busy,” Erik said before I left last year. “And since so many people’s jobs are riding on the success for our designs, there have been times when I’ve woken up in the middle of the night asking myself ‘what if we’re wrong?’ But then I come to work and see what we’re accomplishing with the 64. This is something special.”

Turns out he was underestimating how special the 64 would actually be.